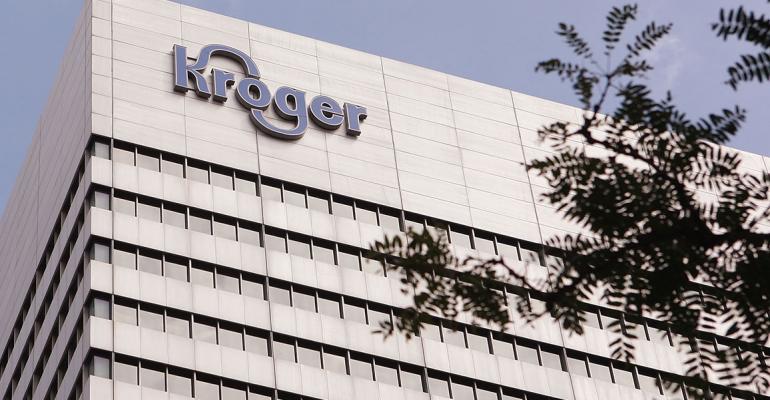 Kroger on Thursday said identical-store sales in the fiscal third quarter exceeded the company’s expectations behind increases in both the volume of shoppers and trip frequency.

Deli, produce and natural and organics showed particular strength in the quarter, officials added, contributing to a 5.4% increase in identical store sales excluding fuel in the quarter, which ended Nov. 7. Overall sales increased by 0.4% to $25.1 billion, mainly due to lower fuel prices than the same period last year. Excluding fuel, total sales were up by 5.5%.

The sales lift helped the company to deliver net income growth of 18.2% to $428 million and earnings per share of 43 cents, beating Wall Street expectations of 39 cents. Kroger also on Thursday raised guidance for earnings for the fiscal year to a range of $2.02 to $2.04 per share vs. previous calls for $1.92 to $1.98. Identical sales for the year are now expected to increase 5% to 5.25%.

In a conference call with analysts Thursday, Kroger CEO Rodney McMullen described the results as “spectacular,” and attributed the “consistently remarkable results” to investments in its customer first strategy.

“At a time when so many other retailers are facing very difficult circumstances, Kroger continues to stand out from the pack,” he said.

The Cincinnati-based company had little help from inflation — officials estimated prices were up by just 1.1% without fuel during the period — but the company benefited from an increasingly confident consumer, and their desire for better-for-you foods.

“The economy overall continues to slowly improve and customers continue to feel more optimistic, but the bifurcation remains,” McMullen said. “Some customers are willing to spend more while others are worried about their job or next paycheck and are more focused on saving.”

The healthy lifestyle trend is shifting sales to fresh items, but also playing out in center store, CFO Mike Schlotman added. “The growth in the dog food aisle is in grain-free and natural kinds of dog food,” he said. “So even our pets are jumping onto the bandwagon of leading a healthier lifestyle.”