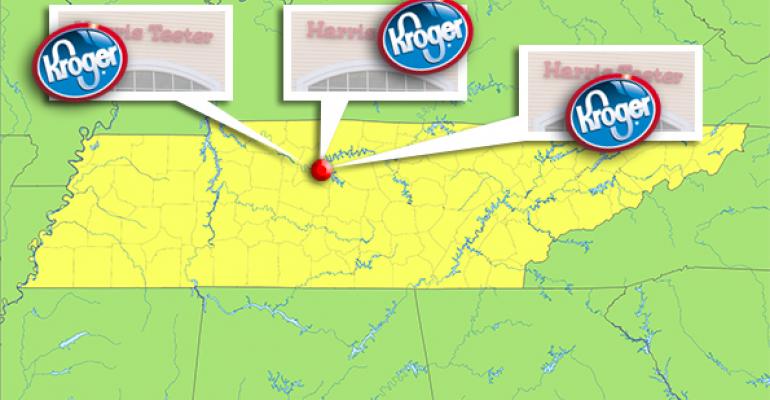 Harris Teeter said Tuesday it was exiting Tennessee, where it operates four stores, but it said three of its locations would go to parent company Kroger.

Harris Teeter said its stores in Nashville (Hillsboro Village), Brentwood and Franklin, Tenn., would be sold to Kroger’s Nashville division. The Harpeth Plaza Harris Teeter in Nashville will close permanently, the company said. Kroger said the transaction will be booked as a sale and purchase to account for the changes to the Harris Teeter and Nashville business units which are separate wholly owned subsidiaries of the Cincinnati-based retailer.

Earlier this year, Harris Teeter closed another Nashville location. The decision to exit the market followed completion of a strategic review, the company said.

The event would mark the first time since Kroger acquired Harris Teeter a year ago that the companies have switched banners between them.

Harris Teeter said the stores are set to close on or before June 15. Kroger said it planned to reopen the Nashville and Franklin stores under the Kroger banner following short renovations; the Brentwood store would close for about a year to accommodate a major remodel and would then reopen as a Kroger. Kroger currently operates 45 stores in greater Nashville. The new units are not expected to replace existing Kroger stores, spokesman Keith Daley told SN.

Harris Teeter currently employs 335 associates at these locations. They will have the opportunity to apply for jobs at area Kroger stores.

Workers in Kroger stores in Nashville are represented by the United Food and Commercial Workers union while Harris Teeter stores are not unionized. Daley said Kroger was in discussions with local union leaders about plans for the acquired units in accordance with state regulations.