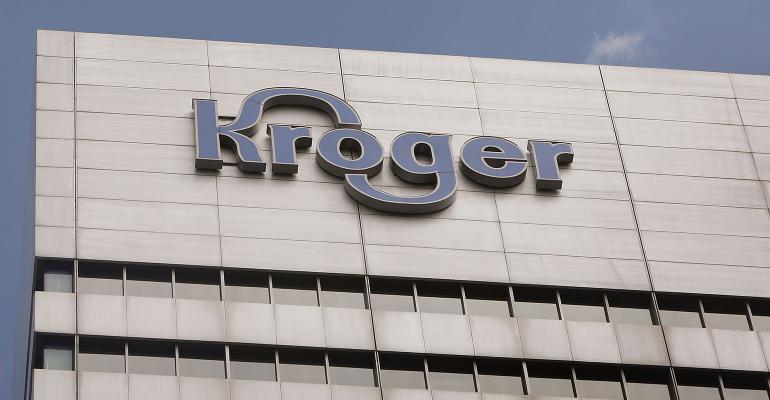 Kroger Co. plans a 35% reduction in new-store development, store expansions and relocations in 2017, with 55 projects planned, versus 85 in 2016, according to its annual 10-K report filed with the Securities and Exchange Commission this week.

The filing confirmed the Cincinnati-based company’s previous projections that it would trim capital expenditures by up to about 13%, to a range of $3.2 billion to $3.5 billion, compared with $3.7 billion in 2016. The company previously had said it would slow new-store development in 2017, but had not disclosed more specific plans.

In addition to the 55 planned new stores, expansions and relocations, the cap-ex plans would also include about 175 major remodels, plus investments in digital, technology and other areas.

“Capital expenditures in 2017 will be focused on sales-generating initiatives, remodels, upgrades to our logistics network and merchandising systems and digital and technology initiatives,” Michael Schlotman, EVP and CFO, said in a recent earnings conference call.

Whole Foods, which spent $716 million on capital expenditures in fiscal 2016, or 4.5% of sales, said it would spend about 4% of sales on cap-ex in fiscal 2017, as it continues to slow down its new-store development. In 2016, Whole Foods opened 25 new stores and relocated three, versus 32 new stores and six relocations in 2015.

The Austin, Texas-based company said it had opened 11 new stores in the first quarter of fiscal 2017 and relocated two stores in Philadelphia and Winter Park, Fla., where the replacement stores are nearly twice the size of their predecessors. Three more relocations are planned for 2017, the company said.

Sprouts Farmers Market, one of the fastest-growing food retailers in recent years, is also moderating its store-opening pace in 2017 and beyond. The company opened 36 new stores in fiscal 2016, and has 32 new stores planned for 2017. Sprouts said it expects to open about 30 new stores per year going forward.

One company that is bucking the cap-ex cutback trend is Lakeland, Fla.-based Publix Super Markets, which is projecting $1.85 billion in cap-ex in 2017, versus $1.44 billion in 2016. Spending last year by the relatively fast-growing retailer included the construction of 32 new supermarkets — including seven replacement stores — and 156 remodels.

Jose Tamez, managing general partner at Austin-Michael Executive Search, Golden, Colo., said the slowdown in new-store development will force many retailers to rethink their organizational charts, and is likely a force behind some recent staff cutbacks at large retail chains.

“It ends up affecting how companies define themselves and position themselves for the future,” he told SN, citing the increased focus on e-commerce and the in-store experience. “When they reformulate their strategy, they look at the organizational chart, and they say, ‘Does our organizational chart look like this strategy?’”