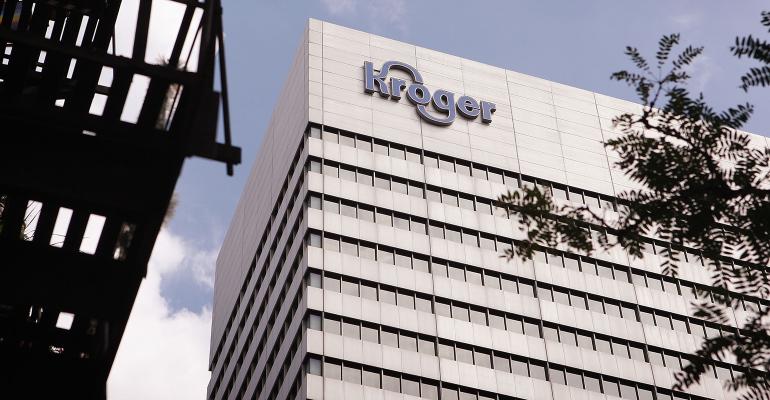 Muted outlook for Kroger in Q4

Analysts awaiting Kroger Co.’s fourth-quarter results this week say it is unlikely the retailer will report much of a comp-store sales improvement from the last time it reviewed financials in December — a prospect that could spell the end of a remarkable streak of quarterly comp gains while putting earnings under further pressure.

Kroger narrowly kept alive a streak of 52 straight quarters of positive non-fuel identical store sales results during the third quarter, but did so while positing a gain of just 0.1%. The retailer guided to “slightly positive” comps again in the fourth quarter but some analysts have since found those expectations too rosy given continued deflation — as well as Wal-Mart Stores’ unexpectedly strong fourth-quarter sales results, which were announced last week.

“While we continue to view [Kroger] as a best-in-class retailer, we are a little less enthusiastic in the near term,” Barclays analyst Karen Short said in a note Monday. Short cited an intense competitive environment led by Walmart and persistent deflation in lowering estimates for non-fuel ID sales to -1% from previous expectations of a 0.5% gain.

Barclays also is forecasting that Kroger’s profit growth would slow in the quarter and that earnings for the quarter and 2017 and 2018 fiscal years, would come in under previous estimates.

Walmart last week posted 1.8% comps for its fourth quarter on the strength of greater store traffic, a figure that was better than most estimates. According to an analysis by Barclays, Walmart is now growing tonnage in food and consumables at a faster rate than Kroger.

As reported last week, Walmart has evidently extended its program of price investment to several Midwest markets in which Kroger has strong share. Walmart is a major competitor in 16 of Kroger’s largest 20 markets, Barclays said.

Bill Kirk, an analyst for RBC Capital Markets, is projecting flat comps for the quarter, citing both Walmart’s gains and consumer panel research.

Deflation over the course of the quarter was basically flat at -2%, but while meat deflation has eased, produce price drops have accelerated. Kirk noted easing deflation in categories like meat could hinder Kroger’s profit in the near-term as pass-through would be gradual given the heavy competition.

“Lapping the Roundy’s acquisition and a strong December should help ID sales, but may not offset what appears to have been a weak November and January,” Kirk said. “Deflation is easing but with a pass-through lag, gross margins will be pressured.”

Deutsche Bank analyst Shane Higgins is slightly above consensus with expectations of 0.2% non-fuel IDs and earnings per share of 53 cents, a penny above estimates.