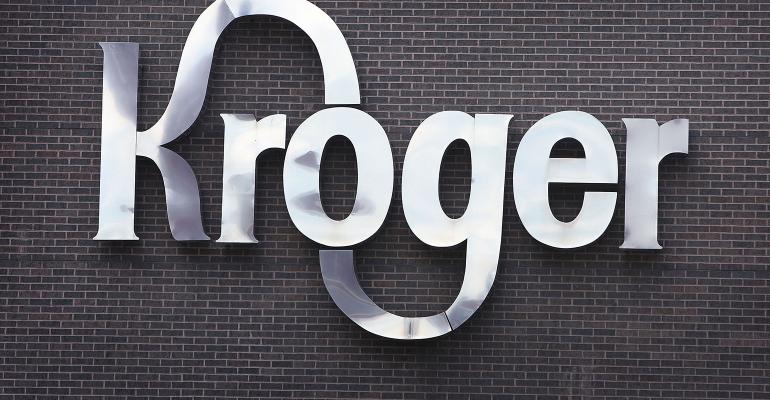 Kroger’s courtship of Roundy’s Supermarkets began with a meeting between senior executives of the two retailers in August, and the marriage finalized after Roundy’s discovered its quarterly financial results would not meet market projections.

In papers filed with the Securities and Exchange Commission Thursday, Roundy’s also detailed that it had flirted with several other potential strategic and financial buyers for all or parts of the company over the past four years, including reaching out unsuccessfully to Kroger in 2011.

Their eventual $800 million merger agreement, as well as Roundy’s disappointing third-quarter financial results, were each announced Nov. 11. The companies intend to close the deal before year-end.

According to the filing, talks between Kroger and Roundy’s were initiated in early August when Kroger’s CEO, Rodney McMullen, and its CFO Michael Schlotman, requested a meeting with Roundy’s CEO Robert Mariano and CFO Michael P. Turzenski, with the purpose of exploring a takeover. Kroger, Cincinnati, made a preliminary offer later that month of $3.10 to $3.40 per share ($150 million to $165 million) for all of Roundy’s shares, but was informed that Roundy’s, Milwaukee, was not prepared to enter into exclusive negotiations.

After meeting with financial advisors, Roundy’s in late September asked Kroger to present a higher and more definitive purchase price, while it contemplated whether it would conduct an auction. The companies in the meantime discussed various calculations regarding the potential benefits of a transaction.

In a conference call on Oct. 14, Roundy’s board of directors discussed the revised proposal. During the call, Turzenski revealed that Roundy’s third-quarter financial results would likely be below its previous guidance. At that meeting the board directed Roundy’s advisors to provide additional information to Kroger and informed the retailer that it would consider entering into exclusive negotiations if Kroger provided a specific purchase price that was acceptable.

The companies met the following week, with Roundy’s sharing with Kroger details of its projected quarterly results, its full-year estimates and its potential pension liabilities. Following that meeting, Kroger presented an offer of $3.55 per share, subject to a 21-day period of exclusivity to complete due diligence and finalize negotiations.

After reviewing that offer, Roundy’s board on Oct. 21 asked Kroger to again raise its offer in exchange for exclusive negotiations. Kroger later that day raised to $3.60 per share, but indicated it would be the company’s “last, best and final offer.” Kroger also said it would not require a period of exclusivity and would agree to the inclusion of a “go-shop” period during which Roundy’s would be permitted to solicit alternative acquisition proposals from third parties.

The parties subsequently negotiated termination fees, with Kroger coming down from initial requests for a $20 million payment if its offer was bested during the “go-shop” period to $8 million; and to  $20 million if a superior offer comes after the “go shop” period. The parties agreed to a 30-day “go shop” period, compromising between Kroger’s 25-day request and Roundy’s 35-day proposal.

Roundy’s and its advisors agreed to the deal following the market close on Nov. 11 and announced the deal the following morning. Kroger’s tender offer commenced Thursday. The “go shop” period expires Dec. 10.

As part of its filing Roundy’s revealed it had pursued several potential transactions with strategic and financial buyers over the previous four years.

Greenhouse to supply Roundy's with 1M pounds of produce
Aug 07, 2015