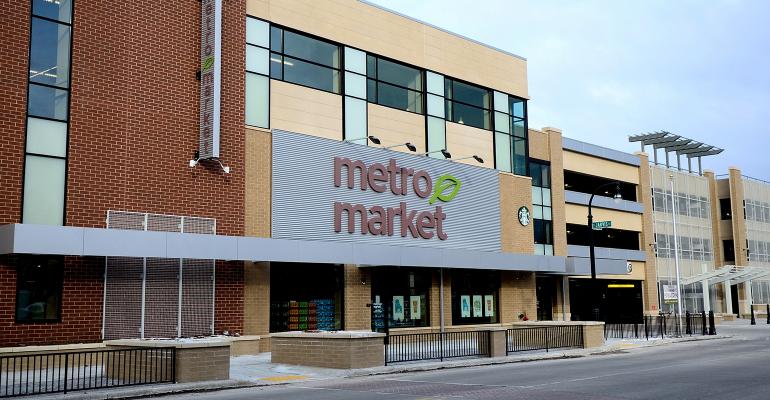 Will conditions slow the turnaround at Roundy's?

Few analysts disagree that Kroger’s acquisition of Roundy’s Supermarkets late last year gave the Cincinnati-based retailer a lot of potential for the price, but worsening industry conditions in the months since — and Kroger’s subsequent slashing of capital expenditures as a defense — lead some analysts to believe a turnaround could be more difficult than expected.

The deal, completed last December, provided Kroger with a fixer-upper and a growth vehicle. It got a well-established but underperforming conventional chain in Wisconsin's Pick n’ Save as well as Mariano’s Fresh Market, a fast-growing and well-regarded chain of urban fresh-focused stores in Chicago, for $800 million. Same-store sales for both divisions were falling fast at the time of the deal.

A panel of industry experts at SN’s 21st Annual Financial Analyst Roundtable last month said the Roundy’s assets — already weighing on Kroger’s same-store sales results in the near term — could face a lengthier road to recovery as deflation and increased competition prompted Kroger last month to cut planned capital spending by $1 billion over the remainder of this fiscal year and next.

“I think this is Kroger’s first turnaround situation that they’ve been involved in for as long as I can remember,” said Ajay Jain, senior analyst at Pivotal Research, New York. “I think everything has gone according to plan. That being said, I think Roundy’s is dragging down Kroger’s operating performance this year. I think they mentioned a 30- to 40-basis point dampening effect on sales, but our channel checks show that in Milwaukee and Chicago comps are still negative and they’re still declining significantly. I think this was largely expected, but this is a major transition year for Roundy’s. I don’t think you’re going to see significant improvement there until Kroger starts to cycle out of that acquisition.”

Scott Mushkin, senior retail/staples analyst at Wolfe Research, agreed with Jain that the acquisition was on plan, but added “What’s not on plan is the industry,” citing increased competition ranging from Meijer to Door to Door Organics invading Pick n’ Save’s Wisconsin strongholds.

“If you look at Milwaukee, look at Wisconsin, Meijer’s moved in there with a lot of stores and Wisconsin is not a growing population. So you’re getting a lot of assets thrown at a state that probably doesn’t need them, not to mention all the e-commerce platforms that are out there.

“Kroger had to kind of prove they could take their model on the road a little bit with a fixer-upper, but I think the industry is not nearly what they thought it would be when they made that purchase,” Mushkin added.

When announcing its capital-spending revisions in an earnings conference call last month, Kroger was careful to say the spending adjustments primarily involved moving planned projects down the road and said it didn’t expect the revisions would impact any particular geographies.

Officials have said turning around Pick n’ Save involves both store renovations and price investments. Getting credit for the latter could be difficult in the current deflationary environment, said Kelly Bania, director of U.S. equity and research for BMO Capital Markets.

“They clearly needed to invest in price, and I think that’s what Kroger is doing … but it’s really hard for any retailer to get credit and drive traffic in a massive deflationary environment,” she said. “So if you take prices down by making investments and price comes down everywhere, I think it will take longer probably than expected. I don’t think they’re probably going to get quite the progress that they thought they would in a normal environment.”

While analysts said Mariano’s could provide Kroger learnings in operating high-volume urban formats, Bania termed the departure of namesake founder Bob Mariano as a “disappointing development” on that front.

“I think when Kroger talks about making acquisitions, it’s about getting the management team in there that can bring something to the table. I think that’s what they saw in Bob, and while he’s still around as an advisor, I think [his retirement] was kind of a disappointing development.”

But even if improvements arrive slower than anticipated, Kroger got a deal on the buy, noted Chuck Cerankosky, analyst with Northcoast Research, Cleveland. “What Kroger got with Roundy’s are those Chicago locations at a very low cost,” noting that Roundy’s was trading well below its IPO price when Kroger acquired the company.