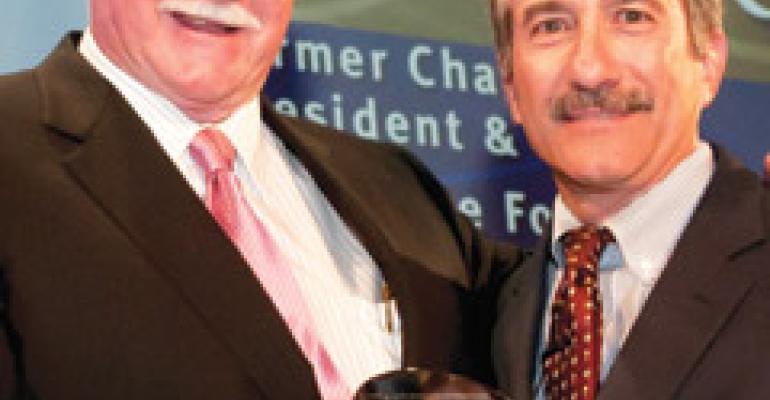 “Although each are unique in their contributions to the consumer packaged goods industry, both of our 2011 Hall of Achievement Award winners have exemplified unparalleled leadership, steadfast commitment to industry excellence, and outstanding records of personal achievement throughout their careers,” said Pamela Bailey, president and CEO of GMA. “Rick Wolford and Doug Conant are both remarkable visionaries and community leaders who have had significant impact on the industry over the last several decades. It is with our greatest pleasure and most sincere appreciation that we recognize their many contributions with this award.”

Wolford’s career in the food industry began in 1967, when he joined the finance department at Dole Foods. He was eventually named president of Dole Packaged Foods in 1982 and stayed with the company through 1987. Ten years later, working with a private equity partnership, Wolford led the acquisition of Del Monte Foods and joined the company as its CEO. He was elected chairman of the board in May 2000. In March of this year, Wolford announced his retirement from Del Monte after nearly 15 years. Wolford also served as chairman of the GMA board from January 2010 through February 2011. Prior to his board chairmanship, he served as vice chairman of the board and as chairman of the Industry Affairs Council for five years. He was also a member of the board of the Consumer Goods Forum.

Conant became just the 11th leader of Campbell Soup Co. in its 140-year history when he was named president and CEO in January 2001. His 25 years of food industry experience at General Mills, Kraft and Nabisco helped him boost Campbell's fortunes. Under his leadership, the company also earned the 2010 Catalyst Award for helping women develop and advance their careers at Campbell. In September 2010, Conant announced his plans to step down from the helm of Campbell in July of this year. His long-standing commitment to the CPG industry is evidenced by his service to the GMA board of directors as an active member since 2001 and as chairman from January 2008 through January 2010. Conant also chaired GMA’s Government Affairs Council, is a past chairman of Students in Free Enterprise and was a member of the Consumer Goods Forum.