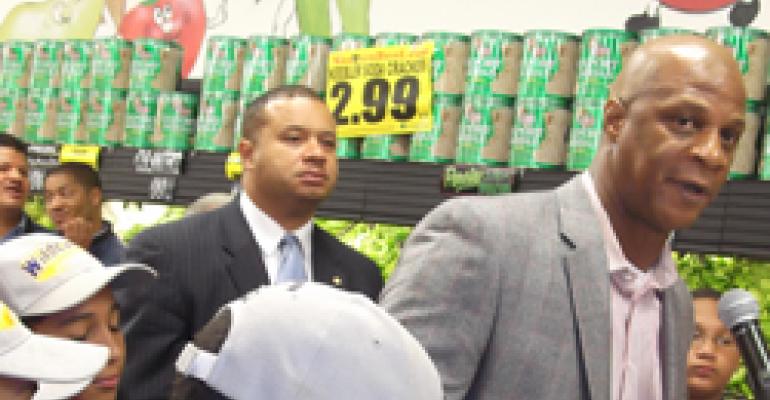 Launched in 2009, FRESH is a city-led program designed to increase access to fresh food in underserved communities —known as food deserts — by incentivizing the establishment and retention of neighborhood grocery stores.

Construction of the new Western beef was assisted by about $5.6 million in real estate and sales tax exemptions approved for the program.

"The opening of this Western Beef supermarket is a significant milestone in the City’s efforts to increase access to affordable, fresh foods across the five boroughs," said New York City Economic Development President Seth Pinsky, in a statement.

Western Beef recently partnered with Strawberry, who starred for the New York Mets in the 1980s and the New York Yankees in the 1990s, based on a mutual interest in fighting childhood autism.

"This is great what Western Beef is doing, promoting fresh for young people," Strawberry said at the store's grand opening ceremony. "This is for the next generation. I know some of us older now wish we would have been healthy eaters."