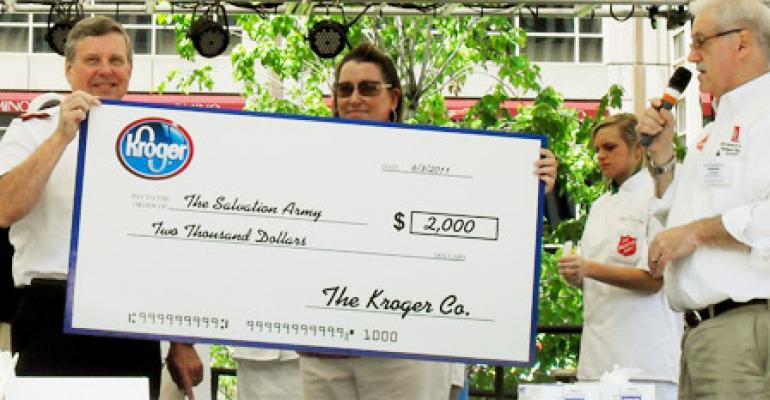 CINCINNATI — National Donut Day celebrated here earlier this month was the success it was expected to be, organizers told SN.

The event was orchestrated, as it was last year, by the Greater Cincinnati Retail Bakers Association in conjunction with the Salvation Army. Kroger was a co-sponsor of the event along with suppliers BakeMark and Dawn Foods.

Area retailers participated by donating a percentage of doughnut sales proceeds to the Salvation Army.