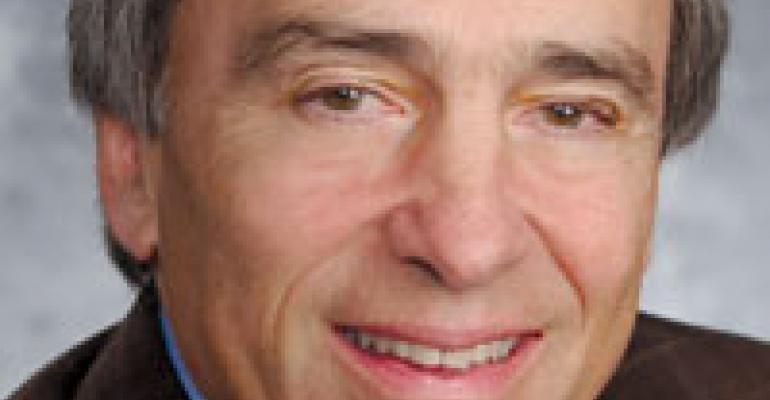 Supervalu here said Wednesday that Jeff Noddle would step down as chief executive officer and that Wal-Mart and Albertsons veteran Craig Herkert would succeed him.

MINNEAPOLIS — Supervalu here said Wednesday that Jeff Noddle would step down as chief executive officer and that Wal-Mart and Albertsons veteran Craig Herkert would succeed him.

“As we approach the end of year three of our company’s transformation and as I begin planning for retirement, the time is right to lay the groundwork for continuity of leadership through the next phase of our journey,” Noddle, 62, said in a prepared statement, referring to the integration of Supervalu's 2006 acquisition of Albertsons. He will remain executive chairman for at least a year, the company said, and will continue to serve on the board.

Herkert, 49, has been president and CEO of the Americas division at Wal-Mart since 2004, overseeing Canada, Mexico, and Central and South America. From 2000 to 2003, he was senior vice president and chief operating officer of Wal-Mart International, responsible for international merchandising, marketing and operations. Prior to joining Wal-Mart, he spent 23 years with the American Stores and Albertsons companies.

At the time of his departure from Albertsons in 2000, he was executive vice president of marketing. He had previously served as president of Acme Markets and started his grocery career at a Jewel-Osco store in Chicago.

Noddle is a 33-year Supervalu veteran and has been CEO since 2001 and chairman since 2002.

“Jeff Noddle has demonstrated tremendous vision, leading Supervalu to continued success in a rapidly changing industry,” said Lawrence Del Santo, lead director of the Supervalu board. “He played a key role in choosing his successor and his continued involvement in the company’s strategic direction will help ensure that Supervalu remains on track and focused throughout the transition.”