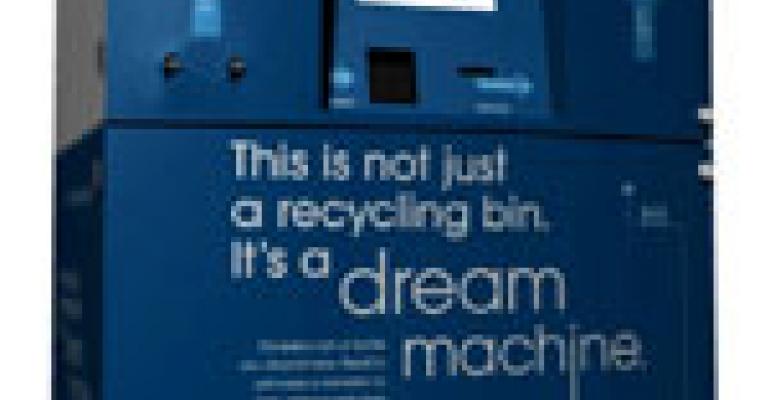 PepsiCo to Roll Out Recycling Kiosks

PepsiCo has not announced which supermarkets will have the computerized receptacles that include a personal reward system that allows consumers to collect and redeem points for each bottle or can they recycle in the kiosk.

The kiosks are part of a new multi-year partnership between PepsiCo and Waste Management, Houston, to improve on-the-go recycling.

Dream Machine is the name of PepsiCo’s recycling initiative designed to increase the U.S. beverage container recycling rate from 34% to 50 % by 2018.

More public access is necessary at a time when less than one-third of plastic beverage containers are being recycled each year and only 12% of public spaces are equipped with recycling receptacles, according to Pepsi.

Rite Aid is one of the first national retailers to sign on to the program, starting with 150 kiosks in its North Carolina locations. In addition, over 50 machines are being rolled out in Southern California. Along with supermarkets, other venues include stadiums and public parks.

The Dream Machines will be provided by GreenOps, a subsidiary of Waste Management, and operated by Greenopolis, the first interactive recycling system that brings together online and on-street technologies and rewards people for recycling their beverage containers in kiosks by allowing them to receive awards when they visit greenopolis.com.