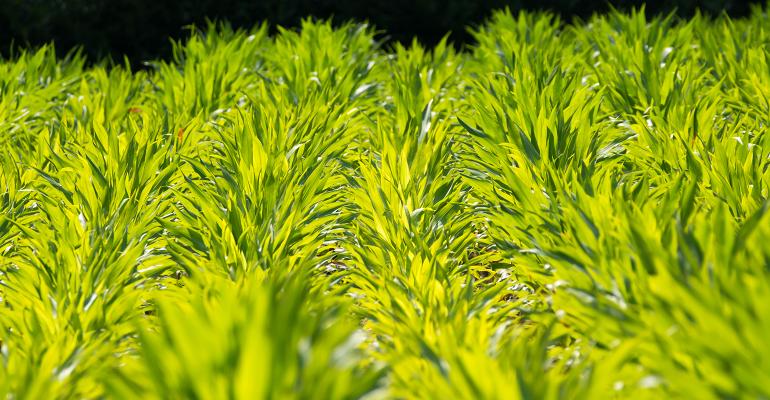 &ldquo;Campbell&rsquo;s was the first to make its commitment and then Mars and a number of others that we believe have done the right thing by getting out in front, because at the end of the day consumers want simple at-a-glance disclosure.&rdquo; &mdash; Gary Hirshberg, Just Label It

Although compliance with the national GMO labeling law is still two to three years away, a handful of big food companies are moving to act in advance of the requirement that GMOs be disclosed on packaging via messaging, a symbol or QR code, with voluntary efforts to label GMOs today.

“A number of food companies had already complied with the Vermont [GMO labeling] law,” explained Gary Hirshberg, chairman of Stoneyfield Farm and Just Label It, which advocates GMO disclosure. “Campbell’s was the first to make its commitment and then Mars and a number of others that we believe have done the right thing by getting out in front, because at the end of the day consumers want simple at-a-glance disclosure.”

Last January, Campbell — which maintains that GMOs are safe — announced its intent to “set the standard for transparency in the food industry” by labeling all of its U.S. products whose ingredients were derived from GMOs, according to President and CEO Denise Morrison. She noted that 92% of consumers favor identifying the presence of GMOs on labels.

Campbell printed labels in April to comply with Vermont’s short-lived GMO labeling mandate. It took effect this past July 1, and was nullified weeks after when President Obama signed the national GMO labeling bill on July 29.

Those labeled Campbell items were shipped not just to Vermont, but nationwide, according to spokesman Thomas Hushen, who noted that the company’s plans to print clear and simple language on the labels of all its U.S. products that contain GMOs during the first half of 2017 have not changed now that the national law has been passed.

“We are currently in discussions with the USDA and FDA about our plans to develop on-pack language that is easy for consumers to understand and clearly identifies the presence of ingredients derived from GMO crops,” he said.
The USDA is responsible for developing the standards under the national GMO labeling program.

Last spring, Mars also announced its voluntary introduction of national on-pack disclosure of products produced with “genetic engineering.” It will continue to label such products as it awaits direction from the USDA. Mars also believes that GMOs are safe.

“We elected to adopt a labeling approach that would comply with the Vermont law as necessary, but also give us flexibility to address consumer information needs in other states and markets,” said Mars spokesman Jonathan Mudd.

“We believe our current approach to labeling satisfies two important goals: To underscore the importance of adhering to the highest standards of quality and food safety, and to address our consumers’ information needs. Now that Congress has acted on this at the federal level, we are going to watch the USDA process to see if a better alternative approach is developed. This will take a while, though. So for the moment, we are staying the course with our labeling plan.”

Dannon has likewise committed to national GMO labeling and will implement its strategy by December 2017, but unlike Campbell and Mars has pledged to reformulate to “fewer and more natural ingredients that are not synthetic and non-GMO,” within three years.

According to Mintel’s "Free-from Food Trends US 2015" report, nearly three in five consumers rank GMO-free as one of the top five free-from claims they seek.

“Shoppers are our main ingredient, and what is important to them drives what we do. For this reason, the range of products we make is evolving to provide even more choices,” said Dannon CEO Mariano Lozano in a statement. “Transparency is the key word for this shift. To show to our consumers that in order to make a real choice, we need clear labels, today we are making a bold change and candidly discussing how transparency from brands is essential for shoppers to make real choices.”

In addition to labeling foods containing GMOs, Dannon will work with the Non GMO Project, a Bellingham, Wash.-based third party verifier, to label its GMO-free products as such.

Beginning early next year it will also work with feed suppliers and farm partners to start planting non-GMO feed to fulfill its pledge that the cows that supply milk for the company's Dannon, Oikos and Danimals brands, will be fed non-GMO feed — a first for a leading non-organic yogurt maker, according to Dannon.

Once these changes have been implemented by the end of 2018, products from all three brands will contain milk from cows fed only non-GMO feed.

Under the federal GMO labeling program, animal products derived from animals that have consumed GMO feed are exempt from labeling.

According to the Non GMO Project’s executive director, Megan Westgate, Dannon’s pledge for non-GMO feed is unprecedented in scope.

“Dannon’s commitment is the largest to date in terms of non-GMO acres,” she said. “To achieve verification for the products committed, they will be sourcing 80,000 acres of non-GMO feed — enough food for 45,000 cows.

“Livestock products have a disproportionate impact on acreage because of the large volume of feed they consume. Most corn and soy (biggest GMO crops) grown in the U.S. is grown for animals. Dannon’s leadership with a commitment of this scale in the livestock sector is historically significant in the effort to convert acres back to non-GMO agriculture.”

Jim Wisner, founder of the Wisner Marketing Group said that although some early adopters of disclosure initially labeled across the country to show their support for national regulation, as opposed to a patchwork of state-based GMO labeling mandates, the strategy has worked to their advantage.

“It’s a strategy that makes sense for a couple reasons. One is that they’re reading the writing on the wall that at some point they’re going to need to provide this disclosure,” he said. “Second of all, it is very supportive of transparency and the importance of that today so there are some advantages to be seen as first to the table with this.”

While these companies run the risk of having to change the specific disclosure language used, once the USDA provides more direction, making the switch won’t be too arduous given these companies’ scale, according to Wisner.

“If you’re a large manufacturer with high-volume items, your packaging turnover is reasonably quick enough that that isn’t as huge a risk,” he said.