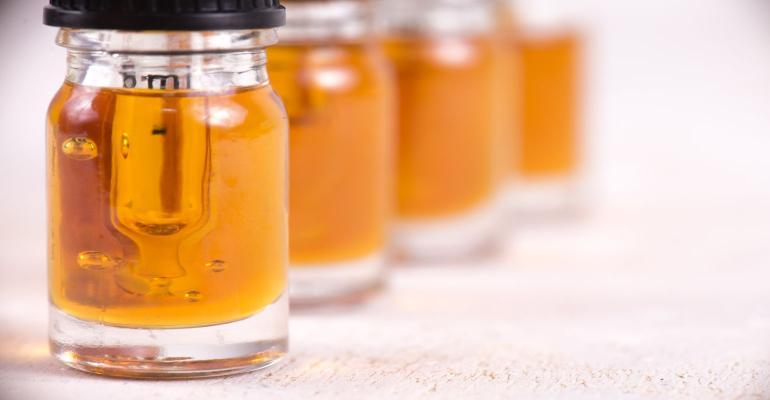 FDA plans to hold a public hearing on May 31 in Silver Spring, Maryland to explore issues around products containing cannabis or cannabis-derived compounds such as cannabidiol (CBD).

The hearing is to gather “scientific data and information about the safety, manufacturing, product quality, marketing, labeling and sale of products containing cannabis or cannabis-derived compounds,” according to a notice scheduled to be published April 3 in the Federal Register.

Products regulated by FDA—including conventional food, cosmetics, drugs and supplements—are being marketed with varying amounts of CBD, a compound that derives from both hemp and marijuana and is said to promote myriad health benefits.

Over the last decade, state and federal lawmakers have increasingly embraced a plant that was long denounced: cannabis.

Based on its interpretation of the FDCA, FDA has long asserted CBD cannot be added to conventional food or sold in dietary supplements. The private sector has defied the agency, and hundreds of hemp-based CBD products have emerged in recent years.

“They spilled the wine on the table,” said Daniel Fabricant, PhD, president and CEO of the Natural Products Association (NPA). “The wine’s not getting back in the bottle.”

FDA is looking into a potential rulemaking that would allow CBD to be sold in conventional food and dietary supplements. Scott Gottlieb, MD, the outgoing commissioner of FDA, has signaled his agency is willing to work with members of Congress on a legislative solution if FDA determines a rulemaking would be too onerous.

“The public hearing will give stakeholders an opportunity to provide the FDA with additional input relevant to the agency's regulatory strategy related to existing products, as well as the lawful pathways by which appropriate products containing cannabis or cannabis-derived compounds can be marketed, and how we can make these legal pathways more predictable and efficient,” Gottlieb said Tuesday in a statement. “We hope to gain additional information and data for the FDA to consider with respect to products containing cannabis and cannabis-derived compounds, including CBD.”

FDA also has formed a high-level working group within the agency to explore routes that would allow CBD in food and supplements to be lawfully marketed.

“I’m also asking the group to consider whether there are legislative options that might lead to more efficient and appropriate pathways than might be available under current law—again, with the same science-based, public health focus that the FDA endeavors to bring to all matters before it,” Gottlieb said.

The FDA group, Gottlieb noted, plans to begin sharing information and/or findings as early as summer 2019.

“This is a complicated topic and we expect that it could take some time to resolve fully,” said the commissioner, who is expected to leave his position April 5. “Nevertheless, we're deeply focused on this issue and committed to continuing to engage relevant stakeholders as we consider potential paths forward.”

Learn more about the state and future of hemp CBD in NBJ’s Hemp and CBD Guide: Navigating Risks and Opportunities in a Complex Market. This comprehensive guide features full results from proprietary consumer and manufacturer surveys, New Hope Network Concept Lab analysis of delivery formats, science and regulatory updates and many more insights into this controversial market.