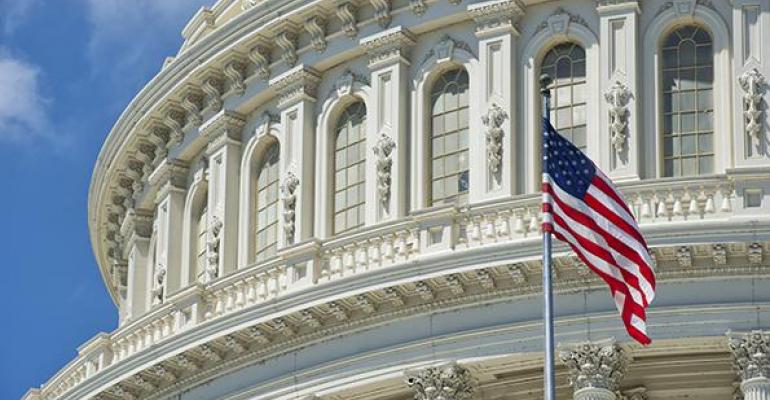 The Food Marketing Institute and Grocery Manufacturers Association expressed their disappointment Wednesday, when a cloture vote did not get the necessary 60 votes to move a measure — that would establish a voluntary, national standard for GMO labeling and block individual states from mandating GMO disclosure — to the U.S. Senate. Forty-eight senators voted yes and 49 voted no, according to reports.

“Today, in spite of weeks and weeks of talks among leaders on both the majority and minority sides of the Senate, as well as thousands and thousands of letters, emails, calls and personal visits from leaders in the grocery industry urging that a solution be found, 60 Senators were not willing to coalesce around a single approach that could achieve 60 votes,” said FMI president and CEO Leslie Sarasin, in a statement.

Earlier this month, the Senate Agricultural Committee approved the legislation that was introduced by Senate Agriculture Chairman Pat Roberts, R-Kan. A similar version of this legislation — referred to by its opponents as the Deny Americans the Right to Know Act, and by proponents as The Safe and Accurate Food Labeling Act — was passed by the House last year.

FMI’s Sarasin related that a patchwork approach to GMO disclosure, beginning with Vermont’s GMO labeling mandate that’s set to take effect this July, won’t be good for consumers since it will drive up the cost of groceries.

“The real loss is for our grocery customers who are accustomed to enjoying low prices and an abundant availability of products due to tremendous advances of U.S. agriculture and the historical standard in the U.S. that requirements for food labeling be consistent and limited to issues related to health and safety,” Sarasin said. “We know a patchwork system will drive up costs; we will monitor closely to determine the impact. We know we now will have a de facto national GMO labeling system, one that not only has been established by Vermont but also one that exempts from its requirements two of its home state product categories, dairy and maple syrup, and one that very few other than those in Vermont seem to think is the best way to achieve informed disclosure to consumers.”

The Coalition for Safe and Affordable Food, of which the Grocery Manufacturers Association is a part, was likewise disappointed, but hopeful that a national labeling solution will soon be reached.

“Despite today’s vote, there continues to be a strong bipartisan consensus to protect American consumers from the increased food costs and confusion of a 50-state patchwork of labeling laws,” said Pamela G. Bailey, president and CEO of GMA, in a statement. “GMA is committed to rolling up our sleeves to work with Chairman Roberts and Senator Stabenow so that the Senate can enact a bipartisan solution in the near future.”

The National Grocers Association was also hoping that the Senate would invoke cloture on the bill, with president and CEO Peter J. Larkin issuing a statement saying "We believe that a uniform standard that preempts state labeling laws strikes the right legislative balance to provide consumers with access to information that is consistent and transparent. While we are disappointed that the Senate was unable to invoke cloture on this important bill, we will continue to look to a path forward for a solution.”

Meanwhile, other groups deemed the outcome a victory for consumers.

“Today’s vote marked an important milestone for the more than 90% of Americans who want GMOs to be labeled,” said Tom Colicchio, chef and co-founder of Food Policy Action, which was established to hold legislators accountable for votes impacting the food system. “I am hopeful that the Senate will now work to craft a bipartisan mandatory on-pack GMO labeling bill that doesn’t demonize science and gives consumers the information they demand.”

U.S. Right to Know, an organization that says it investigates the risks associated with the food industry’s influence on public policy, called the Senate vote “A victory for consumers and everyone who wants the right to know what’s in their food.”