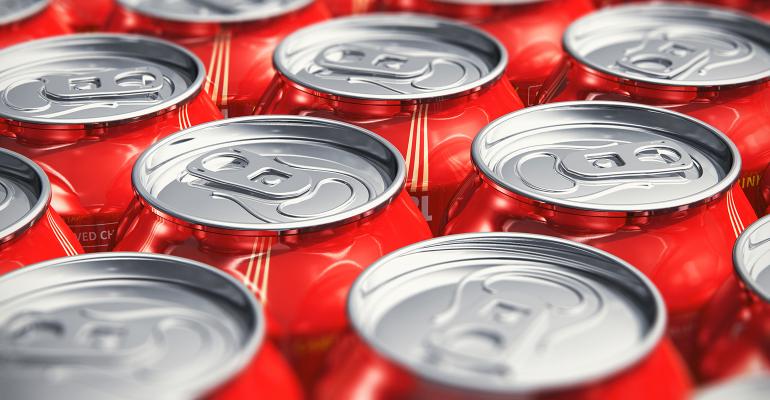 A new tax on sweetened beverages in Philadelphia is driving overall grocery sales down and forcing retailers to reduce labor as consumers appear to be shifting their shopping outside the city, according to retailers in the area.

The tax is one of a handful of so-called “soda taxes” that took effect recently, and last week another was proposed in Seattle.

In Philadelphia, retailers are launching a fresh round of opposition by speaking out about the impact the tax is having on their businesses and encouraging their customers to get involved in seeking to repeal it.

Jeff Brown, CEO of Brown Super Stores, a ShopRite operator with six stores in Philadelphia and six in the suburbs, said his total sales at the Philadelphia stores have fallen 15% in the two months since the tax took effect, and beverage sales have fallen more than 50%. With beverages accounting for 4% of total sales, that means only 2% of his 15% sales decline is coming from that category, with rest of the drop in sales coming from other areas of the store, he explained.

“The No. 1 thing we see happening is that people are moving where they buy their beverages, and with it some or all of their whole basket,” he told SN.

He said he’s seen a “big increase” in sales at the three stores he operates just outside the Philadelphia border.

Brown, who has long been a champion of opening stores in food deserts in Philadelphia to increase access to fresh foods in low-income areas of the city, said he believes the tax is causing his shoppers to leave their neighborhoods to shop. They are picking up groceries while they are out visiting friends and relatives in the suburbs, or perhaps while traveling to and from work, he said.

If the sales declines persist, he said he expects that some retailers will close their stores.

“I think this is a food-desert-creating tax,” he said. “Philadelphia made huge progress in eliminating food deserts. We went from one of the worst to one of the best, and I think we are heading back to being one of the worst again in pretty short order. You can’t absorb these kind of drops in revenues.”

Brown said he has cut back on labor by 6,000 hours per week at his Philadelphia stores, which is forcing some of his employees to quit as their scheduled hours are reduced. He projected that he would employ 300 fewer workers by the end of the quarter than he did at the same time a year ago.

Alex Baloga, VP of external relations at the Pennsylvania Food Merchants Association, said the Philadelphia tax may be the most expansive of any in the nation. It is levied at the distributor level at the rate of at 1.5 cents per ounce and covers any beverage containing sugar or artificial sweeteners, with the exception of 100% fruit juices and cow’s milk. (Plant-based milk products such as almond milk are taxed, as are most flavored waters and iced teas and coffees.)

“This has had a pretty significant impact across the industry, not just on beverage sales, as we have been saying it would for the past year,” said Baloga.

Brown noted that on some items the tax exceeds the price of the product. One local soda he prices at $1.39 for a 3-liter bottle, for example, carries the soda tax of $1.55, plus an 8% sales tax on top of that.

Customers appear to be buying some sweetened beverages in smaller packages, but they are shunning larger sizes such as 2- and 3-liter bottles and 12-packs, he said. Customers also are buying more powdered instant beverage mixes, which are not subject to the tax.

A spokesperson for the Philadelphia mayor’s office recently told Bloomberg News that an initial drop in retail sales was expected, and that normal shopping patterns would return once people got used to the new pricing. Revenues from the tax — projected at $92 million per year for the city — would be used to fund pre-kindergarten education programs and community schools.

The PFMA has launched an effort in partnership with the beverage industry to drum up consumer support for repealing the tax. The “Ax the Bev Tax” campaign has attracted 20,000 followers on Facebook.

Brown, meanwhile, has been using social media and in-store signage to encourage his customers to reach out to their local city council members and voice their opposition to the ban. In March he is launching a two-month series of local meetings in partnership with other retailers to allow consumers to voice their concerns.

Meanwhile the Washington Food Industry Association “has always been opposed to specific taxes on food and beverages,” Jan Gee, president and CEO of the WFIA, told SN.

The proposal in Seattle would tax sugared beverages at the rate of 2 cents per ounce, with the funds being used for education.

In addition to Philadelphia, other regions that have implemented new soda taxes include Cook County, Ill.; Boulder, Colo.; and several towns near San Francisco.