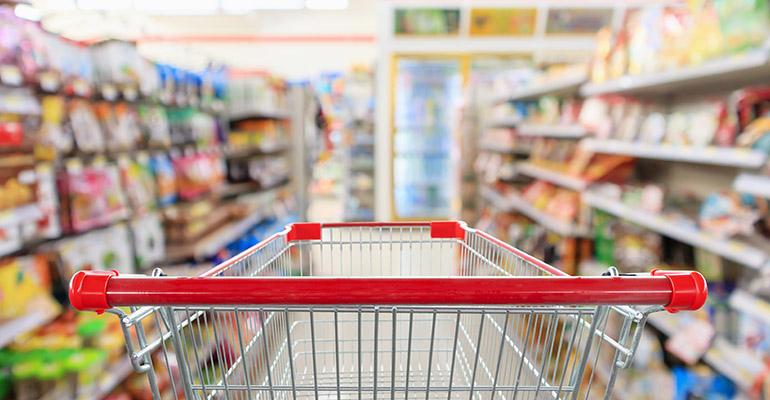 Nearly 700,000 people would lose food stamp benefits under the Supplemental Nutrition Assistance Program (SNAP) after the U.S. Department of Agriculture today finalized a rule that would impose stricter work requirements.

Under the new SNAP rule, published Wednesday in the Federal Register, states would be subject to narrower criteria to waive a requirement that able-bodied adults without dependents (ABAWDs) work at least 20 hours a week to retain their benefits. The revised conditions for state-requested waivers apply to areas with an unemployment rate exceeding 10% or a lack of sufficient jobs. Also, the final rule limits carryover of ABAWD discretionary exemptions.

SNAP regulations currently limit adults to three months of benefits over a three-year span unless they meet the required 20 hours of work per week. Many states waive that requirement in areas with high unemployment, but the USDA claims that counties with unemployment rates as low as 2.5% have been included in waived areas.

The USDA said the changes aim to move more able-bodied adults ages 18 to 49 who currently receive SNAP benefits “towards self-sufficiency and into employment.” The department said the jobless rate is now at 3.6% and over 36 million Americans receive SNAP benefits. The new rule doesn’t apply to children and their parents, those older than 50 (including the elderly), people with a disability and pregnant women.

“Americans are generous people who believe it is their responsibility to help their fellow citizens when they encounter a difficult stretch. Government can be a powerful force for good, but government dependency has never been the American dream. We need to encourage people by giving them a helping hand but not allowing it to become an indefinitely giving hand,” USDA Secretary Sonny Perdue said in a statement. “Now, in the midst of the strongest economy in a generation, we need everyone who can work, to work. This rule lays the groundwork for the expectation that able-bodied Americans re-enter the workforce where there are currently more job openings than people to fill them.” 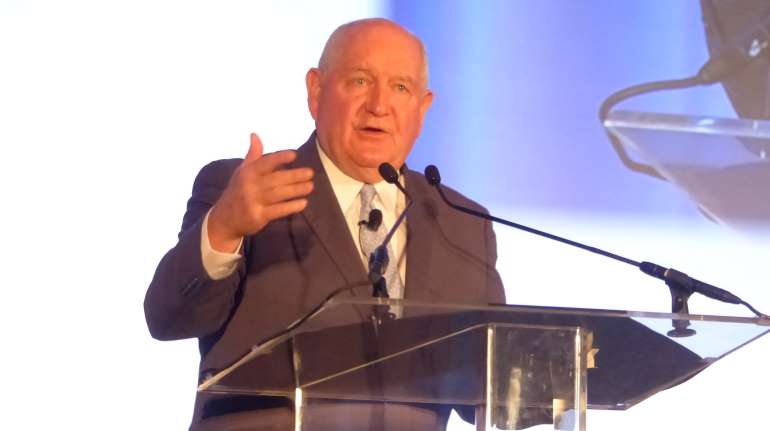 Provisions of the final rule, proposed this past February, are scheduled to become effective April 1, 2020.

The USDA estimated that 688,000 SNAP recipients won’t meet the work requirements or otherwise be exempt under the final rule. Less than half of ABAWDs now live in areas not covered by a waiver, and when the new rule goes into effect about 88% of ABAWDs will live in these areas, the department said.

“Retailers in geographic areas that lose the time limit wavier would likely see a drop in the amount of SNAP benefits redeemed at stores when these provisions are finalized, although impacts on small retailers are not expected to be disproportionate compared to impact on large entities,” the USDA stated in the rule text.

As of fiscal 2017 data, about 200,000 authorized SNAP retailers, or roughly 76%, were small groceries, convenience stores, combination grocery stores and specialty stores, collectively redeeming less than 15% of all SNAP benefits, according to the USDA. The final rule is expected to cut SNAP benefit payments by an average of about $1.1 billion per year. Based on fiscal 2017 data, the potential loss of benefits for small stores represents about 5% of their SNAP redemptions and “only a small portion of their gross sales,” the department said.

The Food Marketing Institute (FMI) and the National Grocers Association (NGA) said Wednesday that they didn’t submit comment to the USDA during the rule-making process.

“The proposed rule would implement stricter criteria for ABAWD waiver approvals establishing narrower standards for determining when and where a lack of enough jobs justifies temporarily waiving the ABAWD time limits. The proposed rule would also limit the duration of waivers to one year and curtail the use of less robust data to approve waivers,” FMI Vice President of Public Affairs Hannah Walker said in a blog post this fall on SNAP policy changes. “FMI has heard that several groups are considering suing the agency [USDA] in opposition to the rule. If suits are filed, it is likely plaintiffs will seek injunctions preventing the implementation of the rule pending the ongoing litigation.”

The Robert Wood Johnson Foundation (RWJF), which funded an analysis by Mathematica, said the vast majority of the 1.2 million SNAP participants living in waiver areas who don’t have a disability, don’t live with children and aren’t working the required average of 20 hours per week are “in deep poverty and live alone.” And according to an Urban Institute study funded by the foundation, 588,000 fewer households would have participated in SNAP in an average month and 716,000 fewer would have received benefits if the finalized waiver changes had been implemented in 2018.

“SNAP participants depend on benefits during difficult times to help make ends meet, particularly those who are working low-wage jobs or are between jobs. For those already facing difficult life circumstances, this rule would exacerbate rather than alleviate those circumstances,” RWJF President and CEO Richard Besser stated earlier this year in the foundation’s comments on the proposed rule change. “Moreover, by time-limiting food assistance to this group, the burden of providing food to these unemployed individuals would be shifted to states, cities and local charities that are already struggling to meet the demands of food-insecure individuals and families.”