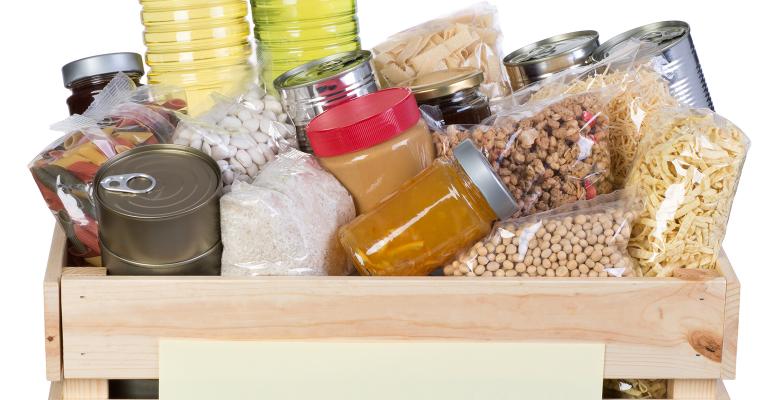 The White House released its budget proposal today, which outlined cuts to domestic programs and increased spending for the military. The budget titled “Efficient, Effective, Accountable: An American Budget,” also included over $200 million in cuts to the Supplemental Nutrition Assistance Program (SNAP), and “a bold new approach to administering” benefits, which would allocate less money for recipients to spend at grocery stores.

The new approach to SNAP benefits combines traditional Electronic Benefit Transfer (EBT) cards with a “Harvest Box,” which the budget proposal describes as “100-percent American grown foods provided directly to households.” Participants would receive these boxes in lieu of a portion of their SNAP benefits.

“FMI and our members have worked with the House and Senate Agriculture Committees and the USDA over several decades to achieve a national system, utilizing existing commercial infrastructure and technology to achieve the greatest efficiency, availability and lowest cost,” she said. “As we understand the proposal in the President’s budget to create a USDA commodity foods box of staples, each of these achievements would be lost.

Households receiving $90 per month or more in benefits would receive Harvest Boxes under this proposed plan. This change to the SNAP benefits would impact approximately 16.4 million households, or about 81% of SNAP, and the proposal would save $129.2 billion over the 10-year period, according to a USDA news release.

The Harvest Boxes would include foods like shelf-stable milk, juice, grains, ready-to-eat-cereals, pasta, peanut butter, beans, canned meat, poultry or fish, and canned fruits and vegetables, according to the news release.

“USDA America’s Harvest Box is a bold, innovative approach to providing nutritious food to people who need assistance feeding themselves and their families – and all of it is home grown by American farmers and producers,” said Sonny Perdue, US Department of Agriculture secretary in the news release. “It maintains the same level of food value as SNAP participants currently receive, provides states flexibility in administering the program, and is responsible to the taxpayers.”

How exactly recipients would receive these boxes was not specified in the news release other than to say that states “will be given substantial flexibility to distribute these food benefits to participants.” And “states can distribute these boxes through existing infrastructure, partnerships, and/or directly to residences through commercial and/or retail delivery services.”

The news release notes that the USDA already purchases food for nutrition assistance programs including the National School Lunch Program.

The proposal also looks to change the work requirements for recipients. The budget expanded on the administration’s “previous proposals to strengthen expectations for work among able-bodied adults, preserve benefits for those most in need, promote efficiency in State operations, and improve program integrity.” The budget did not specify who would be required to work, but it did propose focusing “administrative reforms on outcome-based employment strategies.”

Although these changes are significant, it should be noted these proposed changes to SNAP would be difficult to pass through Congress.