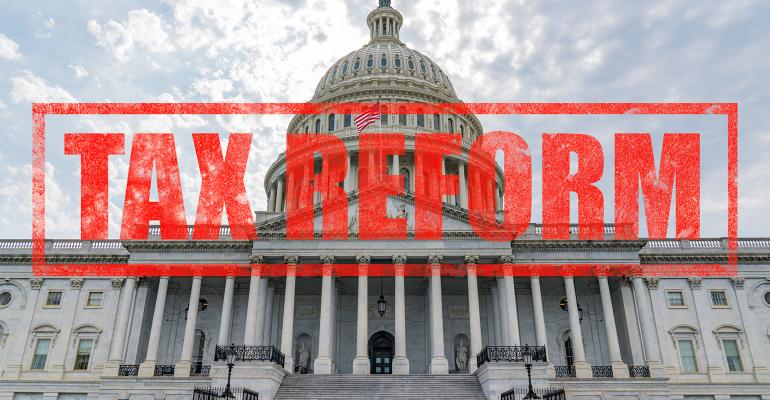 United Natural Foods Inc. estimates it will see a benefit of $16 million to $18 million from tax reform in the current fiscal year, which ends in July, the company said at an investor conference Monday.

The natural and organic distributor, which previously had been expected to pay a corporate tax rate of about 40% before tax reform, said it expects the rate for the current year to improve by 14.5 to 17 percentage points, said Michael Zechmeister, chief financial officer, in a presentation at the 20th Annual ICR Conference.

“That’s a meaningful increase to our free cash flow,” he said.

In fiscal 2019, Zechmeister said he expects the company’s tax rate will be 11 to 13 percentage points lower than it would have been before tax reform.

As far as how UNFI plans to use the cash savings, he said the company already had all the capital it needs to make investments and acquisitions, but tax reform could make some investments more appealing. He cited a recent investment opportunity that would have yielded an internal rate of return 4% better after tax reform.

“On that particular investment, it didn’t change our decision about ‘go’ or ‘no-go,’ but you could see with that kind of advantage how you could take a project that may have been unattractive in the past, or one that you would have passed on, and it could become a project that you go forward with,” said Zechmeister.

He also said the company could look at opportunities to use the increased cash to buy back stock.

“To the extent that we can’t find better risk-adjusted-return investments, then we do feel like we owe it to the shareholders to give some value back to them, and share repurchase is a vehicle to do that,” he said.

Zechmeister said the company would continue to explore potential acquisitions, which could include fill-in opportunities where the company wants to expand its growing distribution of perishables and frozen product, for example. The distribution industry is still highly fragmented, he noted, and opportunities could arise for bolting on smaller distributors that augment UNFI’s distribution capacity in areas where it’s needed.

Zechmeister also said the company expects that the added costs it incurred from an unexpected surge in volume in the first quarter would continue in the second quarter but would “normalize” in the latter half of the fiscal year. The surge in volume, which included an increase of “almost 15%” in Whole Foods volume, he said, caused incremental costs in the form of overtime, additional storage and additional transportation.

“It does take us a little bit of time to assimilate those,” said Zechmeister.

He also noted that the increase in demand was not just from Whole Foods, but that it was rather broad-based. Sales volume to independents rose 6.6% in the first quarter, he pointed out.

“There has certainly been a lot of attention in the space [around] better-for-you food and organics, and that attention has certainly created growth in the area,” Zechmeister said. “The products are popular.”

Asked about the relationship with Whole Foods in the wake of the Amazon acquisition, Zechmeister said UNFI was continuing to build its business with the retailer, which is its largest customer.

“We've demonstrated we can grow faster with them by representing more of the products that they sell,” he said. “That has continued even through the first quarter of this year. We would expect that to continue going forward. So while there are some new parts of the relationship to explore, we're happy with the results and we're looking forward to getting deeper and deeper as we go forward.”

As UNFI sells a broader array of products to Whole Foods, it helps the distributor expand its ability to deliver those products to other customers as well, Zechmeister explained.

He also said the company was continuing to work with Amazon for that company’s online grocery business, which has been one of the fastest-growing customers of UNFI.

“As we do with all of our customers, we really want to understand what they're looking for, how they're motivated, how they're incented [and] how to satisfy their needs,” he said.