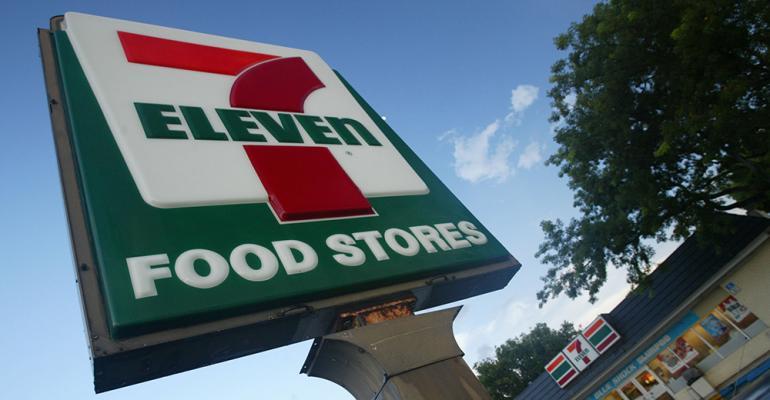 What retailers can expect after the 7-Eleven ICE raids

Immigration and Customs Enforcement agents swept into 7-Eleven convenience stores across the country on Wednesday. They demanded documents and paperwork from managers at 98 stores and arrested 21 employees on suspicion of being in the country illegally.

In a statement emailed to numerous news outlets, 7-Eleven distanced itself from any illegal activity.

"7-Eleven Franchisees are independent business owners and are solely responsible for their employees, including deciding who to hire and verifying their eligibility to work in the United States," the company said.

"7-Eleven takes compliance with immigration laws seriously and has terminated the franchise agreements of franchisees convicted of violating these laws."

The sweep was part of stepped up efforts to curb illegal immigration by targeting employers. It was the largest operation against a single employer since President Trump assumed office.

“Today's actions send a strong message to U.S. businesses that hire and employ an illegal workforce: ICE will enforce the law, and if you are found to be breaking the law, you will be held accountable,” said Thomas D. Homan, the acting director of ICE. “Businesses that hire illegal workers are a pull factor for illegal immigration, and we are working hard to remove this magnet. ICE will continue its efforts to protect jobs for American workers by eliminating unfair competitive advantages for companies that exploit illegal immigration.”

Restaurants are particularly vulnerable to these intensified efforts.

“If I were the government, I would think about where are the low paying jobs that Americans don’t want to do that we may have undocumented immigrants working there,” said Richard Rawson, a business immigration attorney with Davis Wright Tremaine LLP in Seattle.

Rawson suggests going a step further to verify workers status by using E-Verify, an online system from the U.S. Citizenship and Immigration service that allows businesses to determine the eligibility of potential employees.

“If you’re the last person on your block who hasn’t signed up for E-Verify all the undocumented workers are going to go to your restaurant,” warned Rawson.

If a restaurant is visited by ICE, operators don’t need to let agents into non-public parts of the establishment unless they have a warrant, said Rawson. More often, agents have a notice of inspection and operators have three days to produce documents.

“Don’t do anything more than you’re required to,” he said. “Call your attorney right away, ask for identification. Make sure you’re not consenting on a voluntary basis.”

Shanon Stevenson, a partner at Fisher Phillips and co-chair of the firm's Global immigration practice group stresses planning ahead.

“Train a rapid response raid team responsible for immediately contacting immigration counsel and employment counsel in the event of a raid,” she wrote on her company’s website after the 7-Eleven raids.

The rapid response team “should be prepared to handle include reviewing the government’s search warrant to ensure the search is within the warrant’s scope, monitoring the search without interfering, complying with the terms of warrant, tracking what and who is seized by ICE, preventing any employees from doing anything that might constitute harboring (e.g., hiding employees or aiding in their escape from the premises, shredding documents, or providing false or misleading information), and preparing to address the media during and after a raid.”

Rawson believes operators will see more audits and site visits but doesn’t expect wide-scale raids from ICE. But the issue is clearly important to the administration.

He said, “It’s pretty clear immigration is a big issue for Trump. Legal and illegal. And he’s not done yet.”