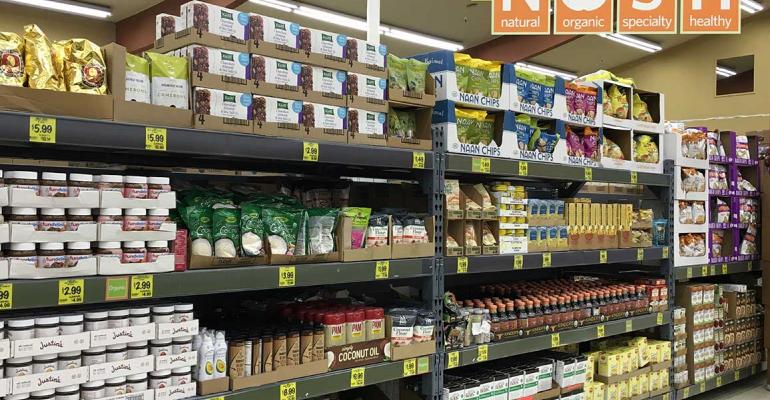 &ldquo;There&#39;s plenty of room there for both Aldi and Grocery Outlet. They are more of a threat to conventional operators than to our model.&rdquo; &mdash;Eric Lindberg, Grocery Outlet

With 244 stores in six states, it is in the midst of introducing itself to Los Angeles consumers, with 10 stores already opened since December, 10 more scheduled to open this year and another 12 to 15 due next year.

Eric Lindberg, co-CEO of the Berkeley, Calif.-based extreme-value discount chain, said he sees Southern California as “a huge growth market,” with the possibility of up to 150 stores extending from Santa Barbara south to San Diego. 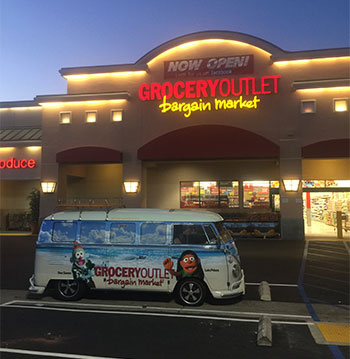 The company already operates 12 stores in and around the San Diego market.

Lindberg said he doesn’t anticipate the arrival in mid-March of Aldi into the marketplace will be an impediment to his company’s growth. Although the two discount operators will compete only tangentially to start, “we expect to go head-to-head at more locations as each of us expands in the area,” he pointed out.

Grocery Outlet already competes with Aldi in central Pennsylvania, Lindberg said. “They are great retailers, and they’ve always been successful, and they will certainly take a piece of the Southern California market that we are going after.

“But there’s plenty of room there for both Aldi and Grocery Outlet. They are more of a threat to conventional operators than to our model.

“What each of us offers is different. We’re both discounters, but Grocery Outlet offers name brands, fresh products, natural-organic-specialty and healthy items, local items and customer service, along with community involvement, while Aldi offers a more limited scope in terms of SKU’s and service, with a limited ability to be local.”

Founded in San Francisco in 1946 as Cannery Sales, a retail operation selling excess surplus food products, Grocery Outlet evolved in 1973 into a company that licenses its brand to independent entrepreneurs. The company was acquired in 2009 by Berkshire Partners, which oversaw an expansion of the company before selling the chain in 2014 to Hellman & Friedman, a San Francisco-based private equity group that has continued to invest in expansion.

Besides the major growth commitment to Southern California, Grocery Outlet expects to open two or three new stores in Pennsylvania this year and to proceed in a similar, slow growth pattern there, Lindberg said. 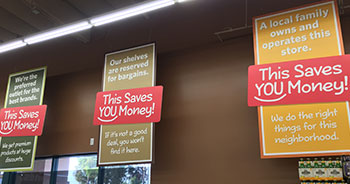 The company operates by licensing its brand name to independent entrepreneurs. “It’s a ‘we buy/you sell’ agreement,” the company says on its website. “Our expertise is buying.”

Grocery Outlet, rather than the licensed operators who run the stores, pays for product being sold, “which spares them from investing their own capital to buy inventory,” the company explains.

The way Grocery Outlets works, it licenses its brand name to the operator, provides the store itself, takes care of purchasing and distributing merchandise and oversees marketing; while the licensee forms his own business to operate the store, including hiring his own employees and selling the merchandise.

Once the merchandise is sold, Grocery Outlet pays the independent operator a commission based on a share of gross margin. 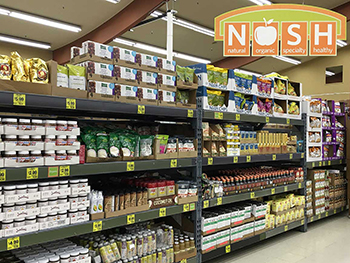 To become a Grocery Outlet operator, licensees should expect to invest approximately $205,000 in assets and operating capital before assuming control of store operations — much of which the company can help finance — including about $135,000 for equipment (such as forklifts, balers and point-of-sale systems); Grocery Outlet builds or renovates stores, takes care of leases, provides inventory on consignment and provides access to product, Lindberg explained.

Most owners have previously been employed by a Grocery Outlet store, he added, and those individuals who show high potential are invited to go through the company’s training protocol to qualify them to become owners in their own right.

Grocery Outlet buys opportunistically from 2,500 different suppliers, who are willing to sell to the company on the basis of long-term relationships, Lindberg said, “and because they recognize the volume we do, our growth potential and our increased appetite for products.”

As the company has expanded into Los Angeles, it’s recruited experienced licensees from other areas to operate most of the stores “because they know how to present the stores the right way,” Lindberg said. “They know our systems, our marketing programs and our order guide, and they know how to get involved in the community.”

Check out part 2 of SN's Grocery Outlet coverage, a profile of one of the husband-and-wife licensee teams behind the growing chain of extreme-value discount stores.