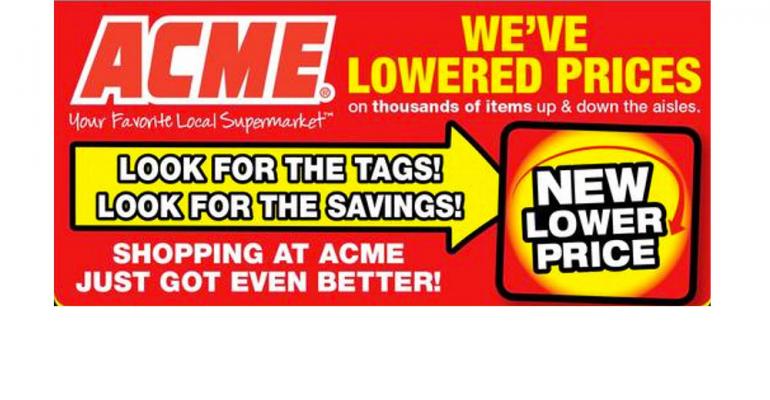 The campaign, which will mark the reduced items with tags in store, is among the first visible changes since Jim Perkins returned to his previous role as president of the Malverne, Pa.-based brand. As previously reported, Perkins, Albertsons’ EVP of special projects replaced Dan Croce as Acme’s president last month in a move an Albertsons spokeswoman said would assist former A&P stores and employees transition to Acme’s system.

Perkins, who served as Acme’s president until 2015, also trumpeted lower pricing as part of the brand’s turnaround then.

Sources have said that some of the 70-plus A&P stores acquired by Acme in late 2015 have not performed to expectations.

An Albertsons spokesperson was not immediately available to address the pricing program.