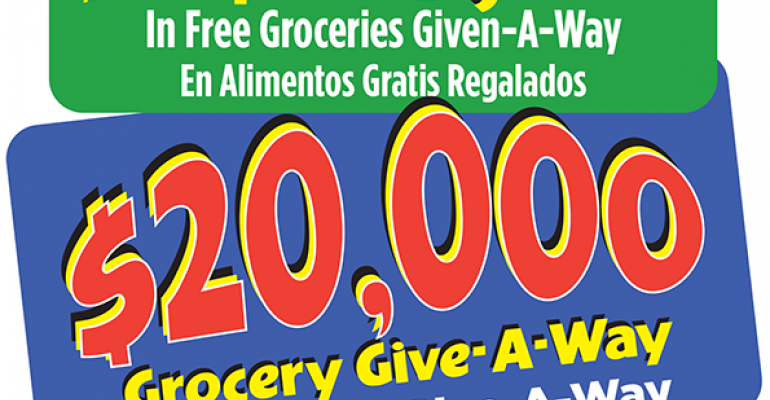 A bilingual promotional program aimed primarily at Hispanic consumers that has been available only in Texas is expanding to Southern California.

More than 1,000 markets in Southern California — including Hispanic-owned operators and conventional stores serving Hispanic communities — will have an opportunity to have their names included at no charge in ads within free-standing inserts that will run in Hoy Los Angeles, a Spanish-language edition of the Los Angeles Times, Lee Lieberman, principal at Grocers Media Inc., Beverly Hills, Calif., told SN.

He said he hopes to roll the patented program out nationwide after the expansion to Southern California.

The promotion — which has been offered exclusively at Fiesta Mart, Houston, for more than 13 years — involves a booklet in an FSI containing bilingual coupons from a variety of manufacturers.

According to Lieberman, the ads promote couponed items available at the retail stores listed; without requiring purchase, the ads ask consumers to use an entry form within the booklet to identify the store name and bar code number and to mail the form to GMI for a chance to win up to $10,000 in free groceries in a drawing, he explained.

Lieberman said GMI will purchase a total of $20,000 in grocery gift cards from participating retailers that will be awarded in $500 increments to the winners — money consumers will spend at the retail store where the card was purchased, he pointed out.

He said more than $285,000 in prizes has been given away to Fiesta shoppers over the years.

In a letter to Fiesta advertisers and suppliers given to SN by Lieberman, Parmer Morgan, director of dry merchandising for Fiesta said the retailer has been “pleased with the outstanding increases in incremental sales for brands that have been advertised during each 13-week period in the program as compared to a like period not in the program, attesting to its effectiveness.

“This … program continues to grow and offers our shoppers immediate gratification in the utilization of money-saving coupons [while] manufacturers are always looking for a way to effectively reach our customers … and what better way than a unique in-store program that puts your product in the shoppers’ hands?”