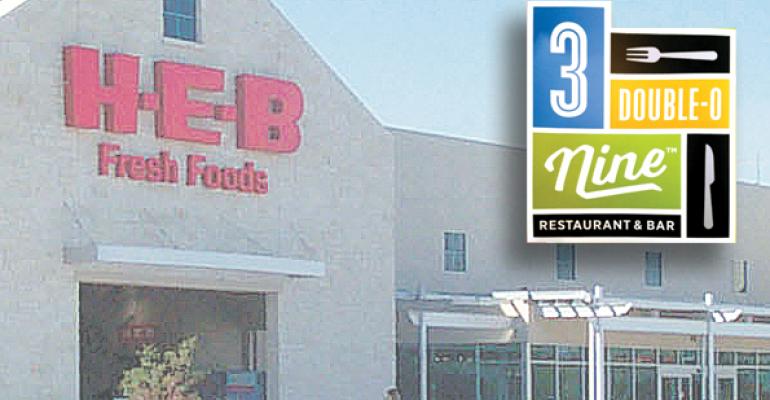 Free kids’ meals, happy hour and Sunday brunch are among the many promotional events at H-E-B’s new "3 Double-O Nine" restaurant and bar.

What makes the one month-old restaurant unique is that chef Randy Evans, the company’s just-named director of restaurants, designed the menu.

Promotional events are held virtually every day of the week.

Mondays are “Margarita Mondays,” during which frozen margaritas cost $5 and rock margaritas, $6.

Each Thursday, children under 12 eat free with an additional $8 purchase. On select kids nights, there are balloon artists and face painters. The restaurant even features a kids’ play area.

What does THURSDAY mean to 3009 Restaurant and Bar? KIDS EAT FREE ALL DAY!!!!!!! Join us today and bring the kiddos. We have a play area too!(An $8.00 Purchase Required for each Kids Eat Free)

Live music is featured every Friday, Saturday and Sunday. And every Friday, it hosts Happy Hour from 4 p.m. to 7 p.m. during which it offers $1 Texas craft brews, $1 off select wines and $2 off select appetizers.

For Mother’s Day, moms could eat free with the purchase of meal of equal or greater value. The event also featured live entertainment and a mimosa bar.

3009 Restaurant and Bar is helping make Mothers Day Special!!! MOM'S EAT FREE ALL DAY!!! (With Purchase of an Entree...

As reported, the restaurant is named after the exit number (3009) that a driver would take on San Antonio’s Farm to Market road to get to the restaurant. It is H-E-B’s second restaurant in San Antonio and fourth chainwide. H-E-B reportedly plans to operate six such concepts by end of 2016.

Evans formerly ran Haven, Houston's first green-certified restaurant, which closed last summer. He served as a consultant to H-E-B prior to officially joining the company, according to a report.