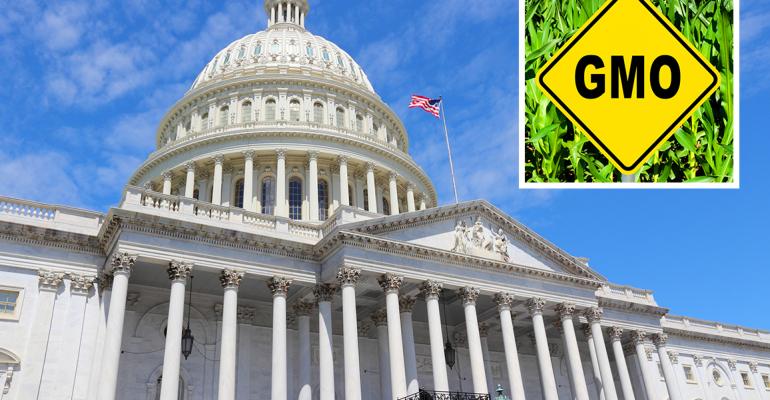 The Grocery Manufacturers Association, Food Marketing Institute and the National Grocers Association applauded the House of Representatives Thursday for its expeditious passage of a GMO labeling bill that's expected to be signed into law by President Obama.

The federal bill would require that certain genetically modified foods be identified as such with words, pictures or a QR code. It would nullify state-based GMO labeling mandates, such as the one recently enacted in Vermont.

“This is a win-win for every American family in every state," said GMA president and CEO Pam Bailey, in a statement. "The legislation ensures that consumers get more information about genetically engineered ingredients, prevents a patchwork of confusing and costly state labeling mandates, and provides the same labeling rules to shoppers regardless of where they live or shop. It is the right solution to increase disclosure of information that consumers are seeking without stigmatizing a safe technology that feeds a hungry and growing world." 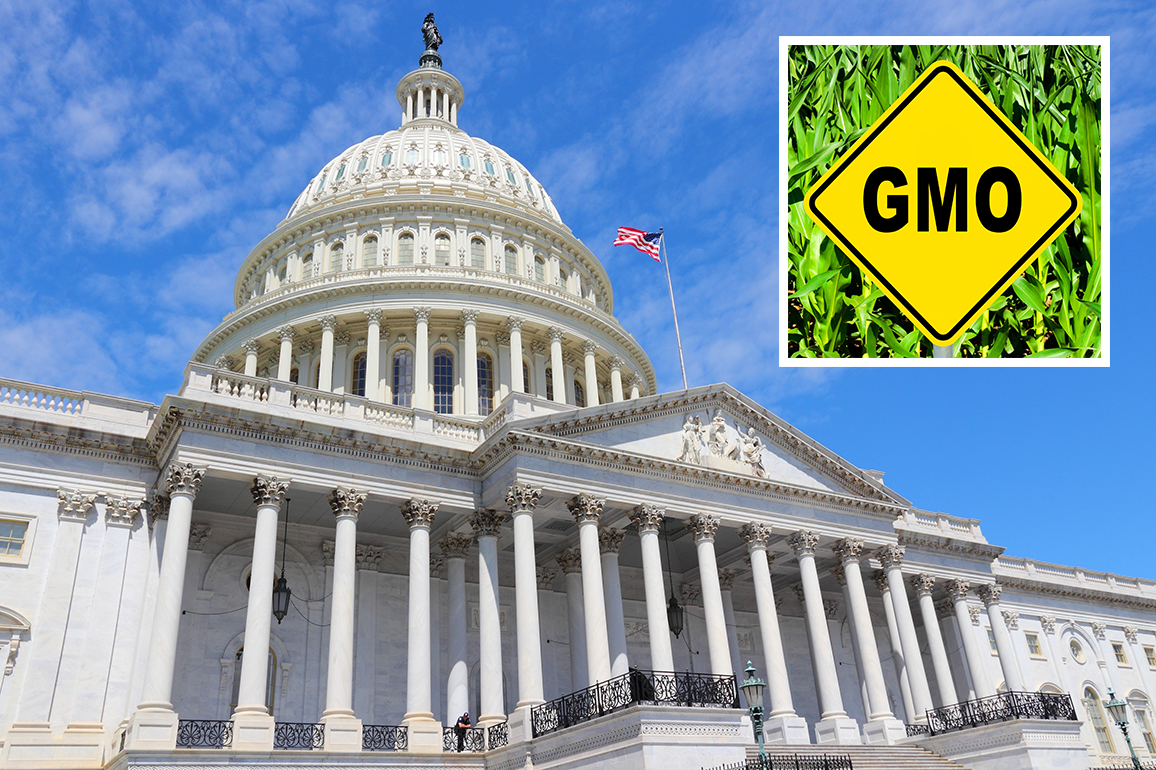 The Food Marketing Institute also applauded the development with president and CEO Leslie Sarasin underscoring that grocers can more easily and efficiently abide by a national law than state-based measures. "This legislation eliminates the need for warehouses to segregate food product based on varying state requirements and allows small business owners to continue sourcing the variety of products their customers want to buy," she said.

NGA president and CEO Peter Larkin thanked the House for its speedy passage of the bill, saying, “This bill offers the needed certainty for stakeholders throughout the food supply chain, and more importantly for consumers. We appreciate the House for its swift action to pass this bill and are especially grateful for the leadership provided by Chairman Conaway and Roberts, Ranking Members Peterson and Stabenow, and Congressmen Pompeo and Butterfield who all worked to advance a common sense, bipartisan solution."

While the Produce Marketing Association favors a national framework over state-based efforts, Dr. Bob Whitaker, PMA chief science and technology officer, expressed concern "about the precedent that this legislation sets by requiring disclosure of information that does not impact human health and safety. There is broad scientific consensus that foods from GE crops are safe, as concluded a recent report from the National Academies of Science, Engineering and Medicine."

But United Fresh expressed confidence in the measure with Tom Stenzel, president and CEO stating "We support enactment of this measure because we believe it provides much-needed clarity for the food and agriculture sector, as well as consumers."

Meanwhile, not all product manufacturers are waiting for a law to take effect, with some taking voluntary steps to reformulate products or disclose a product’s GMO or non-GMO status.

“This is the beginning of the transformation of the company’s Danimals, Oikos and Dannon brands, which over time will evolve to contain non-GMO ingredients to add more choices to the most diverse range of yogurts available in the U.S.,” said Danone in a statement. “Additionally, starting now and expected to be completed within several months, all Dannon products in the U.S. that have GMO ingredients will be clearly labeled as such, independent of actions taken (or not) by the federal government.”

Beginning next year and completing the transformation by the end of 2018, Danone will ensure that the cows that supply milk for these three brands are fed non-GMO feed.

Under the Senate bill, animal products that might otherwise be labeled as GMO because the animal was fed genetically engineered feed, would not be considered “bioengineered food,” according to Creighton R. Magid, a partner at the law firm Dorsey & Whitney, Washington.

Earlier this week, Bob’s Red Mill unveiled a new Sourced Non-GMO Pledge emblem to indicate to consumers the company’s long-standing commitment to sourcing only ingredients that have not been genetically engineered through the use of modern biotechonology.

The emblem, which the company is adding to all packaging, means that all ingredients sourced for a product have been declared by their suppliers to have been made without the use of bioengineering.

“While our commitment to sourcing non-GMO ingredients has always been a part of how we operate, our intent with the Sourced Non-GMO Pledge emblem is to make that commitment very visible to consumers,” said Matthew Cox, VP of marketing at Bob’s Red Mill, in a statement. “As more and more people express a desire to know exactly what is in the food products they consume, our aim is to be as transparent as possible.”

Should the federal bill pass, other products that are being sold in Vermont and were labeled in accordance with its mandate, may continue to leave the Vermont language on their products if they elect to do so, even though the federal legislation would nullify the Vermont mandate.

But Erin Sigrist, president-elect of the Vermont Retail and Grocers Association, said that having GMO labels that are compliant with the state's current law, and additional labeling options in the marketplace that are "significantly different" than Vermont's, could create confusion in the marketplace should the legislation pass.

General Mills, which had previously pledged to apply GMO labels to all of its GMO-containing products and not just those sold in Vermont, is pleased with the House's passage of the bill and determining what its next steps will be.

"Regarding our plans on future labeling, we will need to review the USDA’s guidance once finalized, talk with our consumers on their preferences, and develop our long-term plan," a spokesperson told SN.