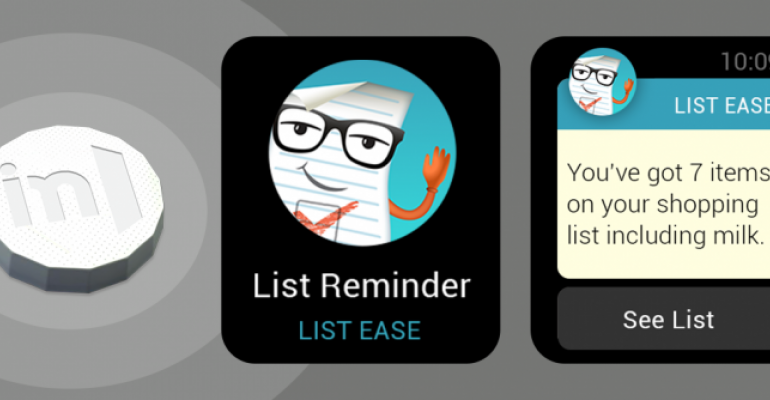 Friday’s release of the Apple Watch could represent the first step into a new era of wearable technology enhancing the retail shopping experience, Amit Bhardwaj, senior director of loyalty for Marsh Supermarkets, told SN in an interview Friday.

Marsh, Indianapolis, is believed to be the first grocery retailer in the world to launch an iBeacon-Apple Watch integration, with the cooperation of the inMarket mobile shopping platform. The technology allows for shoppers with an Apple Watch and applications with inMarket’s application technologies to be notified of their shopping lists when they enter any Marsh store. Marsh and inMarket announced they had installed iBeacons allowing for proximity based messaging in January.

​Bhardwaj said Marsh would look to use the technologies to “become more contextual” with shoppers by sending marketing messages and offers at the right time and place for shoppers with an eye toward building sales and loyalty.

Todd DiPaola, iBeacon’s CEO, said the advent of the so-called "smart watch" can speed customer acceptance of such messaging by allowing for hands free use.

“Mobile isn’t just about the phone anymore. It’s about the entire experience we’re calling ambient intelligence,” Dipaola told SN. “As you walk around, all the computers — not just the one in your pocket but the one on your wrist — can work together and provide a better experience. In things like shopping, people no longer have to pick up a circular when they walk into a store, they can learn about the offers while they’re in the store, and check their shopping list without having to go to their pocket, all seamlessly.”

While it was too early to predict what effects the effort would have for sales or loyalty, Bhardwaj said Marsh would benefit through a better understanding of consumer behavior. “As far as the Apple Watch goes, we’re curious to see how many of our shoppers are going to start to use it, and we’ll be looking at what they use the watch for versus what they use their phone for. Our goal is to be more contextual.”