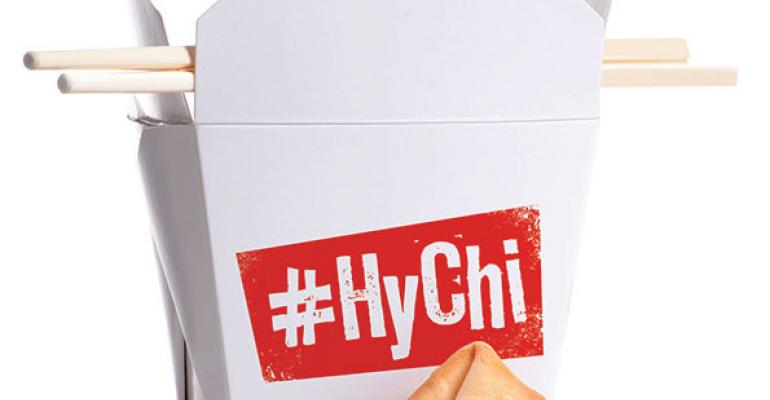 The Millennials have arrived, and Hy-Vee heard them coming a long time ago

West Des Moines, Iowa-based Hy-Vee has been honing its marketing acumen on digital platforms — the traditional media of the Millennial generation — for several years.

Hy-Vee has long been studying these consumers’ social media conversations and learning how to speak their language.

One of the successful marketing campaigns developed in this way has been the “HyChi” effort, in which the chain has co-opted the #HyChi hashtag that consumers were already using to describe its Chinese food.

Hy-Vee launched a consumer engagement effort that revolved around this hashtag, including T-shirts and baseball caps, along with other contests and prizes.

The company also leveraged the social media presence of one of the biggest fans of its Chinese Food, a Millennial-aged video blogger nicknamed the “HyChi guy” who raves about the company’s Chinese food while wearing a #HyChi T-shirt. Hy-Vee reposted and promoted his videos to market its popular Chinese food departments.

“The reason HyChi works is that it resonated with the audience because they feel ownership in it,” said Nathan Wright, leader of digital marketing and innovation, Hy-Vee. “We didn’t come up with that nickname. That was something that had been out there since 2010. We just embraced it, and added it to our campaign. It was fun, humorous stuff to our younger customers.”

Similarly, the company has enjoyed success promoting its $1 rose sales on Twitter by adopting the tone used by its customers. Wright said Hy-Vee had noticed that a lot of young, female Hy-Vee customers were using Twitter to talk about Hy-Vee’s occasional promotion of roses for $1 each, in what seemed like a subtle way to let their boyfriends or other potential rose-buyers know about the deal.

“We re-engineered how we message that, to mirror how they were talking about it,” Wright explained. We said things like ‘Hint, hint — did you know Hy-Vee has roses for only $1?’

“Those posts worked extremely well, if you go by number of retweets. It was about listening, absorbing and speaking with them.”

Donna Tweeten, SVP and chief marketing officer at Hy-Vee, said speaking “with” customers as opposed to speaking “to” them or “at” them is a critical element of social media and marketing to young consumers.

“I think some of the things we have done have been very unique, very clever, very creative, and it’s all been about engagement vs. just talking to people or talking at them,” she said.

One of the challenges the company faces, said Wright, is the fracturing of the social media landscape into ever-more channels, some of which include so-called “dark apps” where users post private messages away from the watchful eyes of marketers like Hy-Vee.

We are so used to being able to see what everyone says about us, but now people are using these dark channels for social,” he said. “Even on the messaging apps like Facebook Messenger, WhatsApp and Kik, there’s tons of activity, but it’s not as public.”

Still, Hy-Vee is exploring opportunities to insert its “helpful” positioning where appropriate in these areas, Wright explained. For example, the company was looking at the possibility of making its customer service department available through Facebook Messenger.