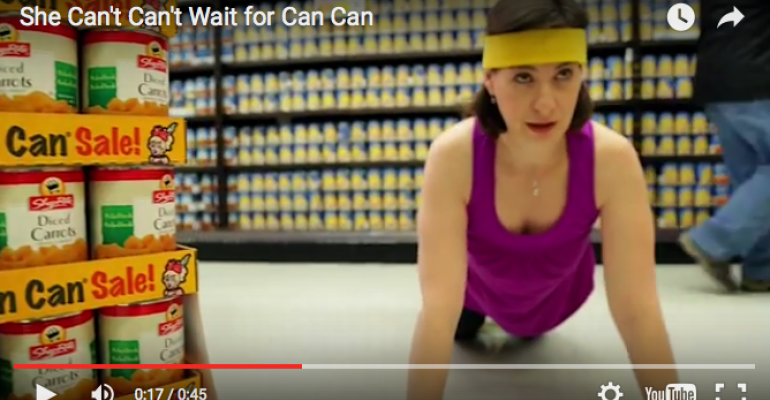 A midwinter tradition nearly as old as the Super Bowl, ShopRite’s “Can Can Sale” has returned for its 45th consecutive January.

The event, launched by the cooperative’s parent Wakefern Food Corp. for the first time in 1971, is the company’s largest annual “stock-up” sale. It kicked off — literally, as its animated kickline in television commercials illustrate — Jan. 10 and this year runs for three weeks, Wakefern said. Originally intended to focus on ShopRite’s private label products and canned goods — which are typically depleted following the holiday season — the sale has evolved to include national brands across every category, including pasta, sauce, cereal, coffee, paper products and lots of other items at heavily discounted prices.

The campaign's iconic advertising jingle — lyrics set to French composer Jacques Offenbach’s “Infernal Galop”— was inspired by an ad executive’s trip to Paris. The company said it considered dropping the promotion only once — in 1974 — due to an industrywide shortage of canned goods, but stores decided the sale was too important to customers to halt. Wakefern, based in Keasbey, N.J., has since added a summer “Can Can” sale as well as a pre-sale event — dubbed the “Can’t Can’t Wait” event — offering canned goods exclusively in keeping with the original sale concept.

ShopRite estimates that more than 3 billion canned items have been sold since the sale’s inception.

While the event typically drives large volumes in an otherwise slow sales period for supermarkets, its very endurance results in something of a benign effect for competitors, industry sources note. It’s a bruising but dependable blow.

“Every new sales vice president of every competing chain that confronts the Can Can Sale tries to understand it, and find a way to combat it,” an industry source told SN, “but it’s difficult. It’s so well-understood by customers, and well-ingrained with the vendors as well.

“Given that it’s been there for so long, there is little year-over-year effect for competitors,” the source added. “You can find ways to fight it, but what you don’t want to do is lose a lot of promotion and advertising dollars trying to out-do it.”

A perusal of competitor sales flyers in ShopRite’s Northeast markets reveals a range of similar stock-up strategies typical for the time of year. Kings Super Markets is advertising a “case sale” and Stop & Shop’s front page urges customers to “Pack your pantry and save.” 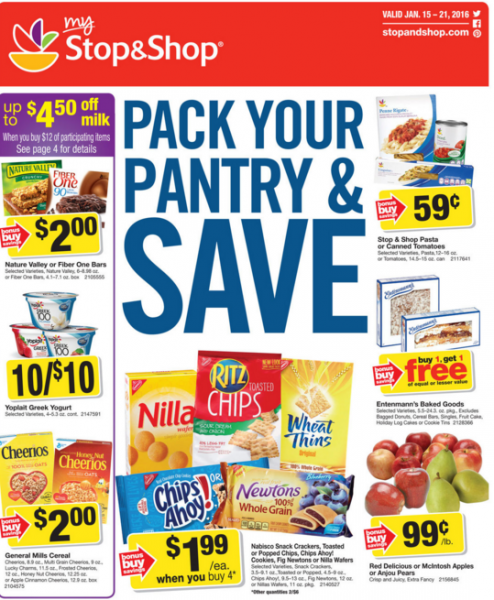