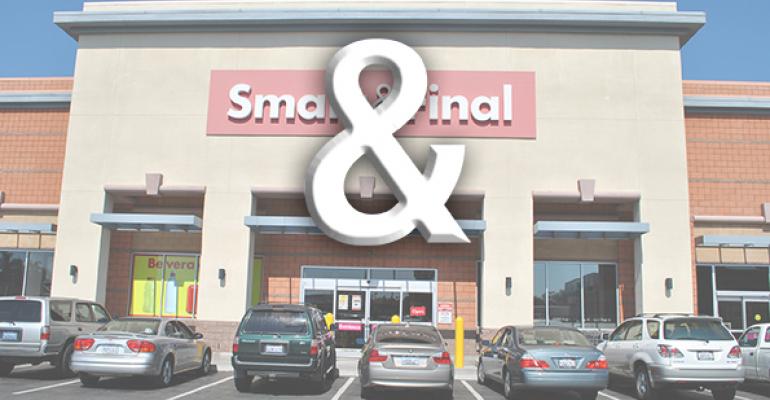 Smart & Final to emphasize the ampersand

Smart & Final said Wednesday it is launching a new branding campaign that will place more emphasis on the ampersand in its name to showcase the pairings that give the company its identify.

The campaign — encompassing print, radio, television, digital and outdoor advertising — is designed to promote Smart & Final’s increasing presence and aggressive store-growth plans, the company said, with the emphasis on the ampersand symbolizing “the powerful pairings that give Smart & Final its identity,” including “warehouse & market, business & households, and restaurant quality & low prices.”

“Smart & Final has a rich history and commitment of inclusion,” CMO Eleanor Hong said in a press release. “The ampersand signifies many different components, including the partnership between the founders; treating our customers like friends and neighbors; and serving as a warehouse and market.

“We are re-branding to ensure that customers know who we are, what we offer and what we stand for so they can choose Smart & Final as their primary shopping destination.”

According to Hong, Smart & Final appeals to both businesses and households, and the re-branding is designed to represent the changes the company is making, including the addition of natural produce and an expansion of organic products under the Sun Harvest label.

“Our successes are marked by connection,” she said. “Households rely on us for the finest meats and freshest produce for their families while local restaurant owners depend on us for the right products, prices and sizes..”

During the balance of the year Smart & Final said it plans to open 14 new Smart & Final Extra! Stores and complete conversions of three legacy stores to the Extra! Format.