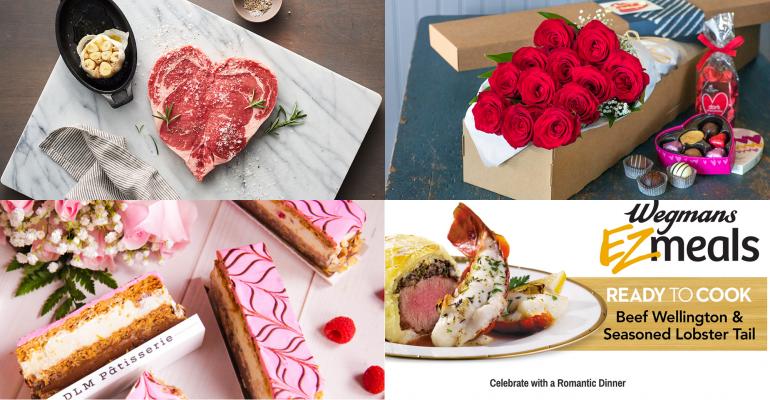 From heart-shaped steaks to orchids and sushi rolls, supermarkets are presenting themselves as a one-stop Valentine’s Day shop.

Consumers are expected to spend less this year, according to NRF, which bodes well for supermarkets.

“We’re seeing that the percentage dropped slightly in regards to the number of celebrants and they’re being a lot more frugal,” NRF spokeswoman Ana Serafin Smith, told SN. “They spent more than expected during the holiday season so they’re checking their wallets and spending will be a bit tighter in regards to their plans.”