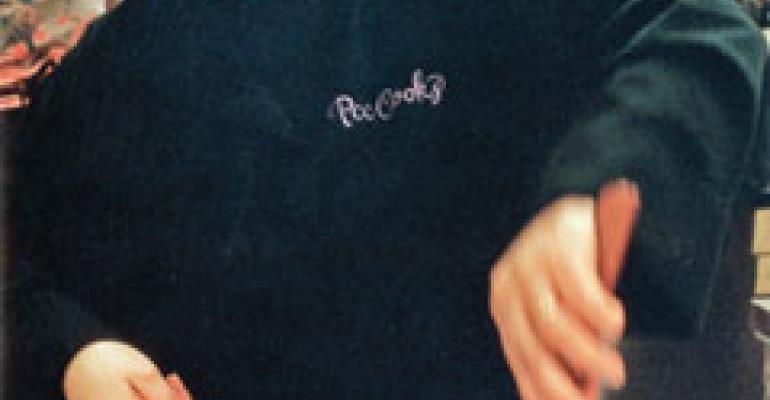 In the late 1970s, Goldie Caughlan, the nutrition education manager for Seattle's PCC Natural Markets, started setting up a card table and a plug-in skillet host demos in PCC's bulk departments. Caughlan continued on as nutrition education manager, while her demo programs ultimately grew into PCC Cooks, one of the oldest and most comprehensive cooking school programs in the food retailing industry. A staff of 40 instructors and 200 volunteers now host more than 1,000 classes per year in the co-op's six fully equipped teaching kitchens.

Those early demos were developed in response to a need, explained Marilyn McCormick, manager of PCC Cooks. Basically, many members and other customers had several questions about how to use products available in the bulk department. No box, no instructions.

“There was a lot of mystery in those years about the difference between cooking brown rice and white rice, or cooking with different grains like millet or quinoa, for instance,” she said.

Demand was such that the demos were formalized in 1983 as “FoodWorks,” a program “designed to introduce our members and shoppers to the delicious world of natural cooking,” according to PCC's website. The card-table demos became classes held in staff break rooms until, in 1995, PCC built its first bona-fide teaching kitchen during a full-store remodel of its Greenlake location. Since then, it has become customary to include a kitchen whenever a new store is built, or an existing store undergoes extensive remodeling.

The classes have evolved, but the goal is still essentially the same, McCormick said. PCC's members and customers still have questions about how to cook, and more experienced home chefs are always looking for new ideas.

“It's a wonderful opportunity to highlight and show people how to use the foods that we sell. Everything from the beautiful produce that has come to market, to all of the different bulk foods that we sell that people may not understand.”

Classes are almost evenly split between hands-on programs, where attendees follow along with the instructor, and “dinner events” and guest chef programs where attendees enjoy multi-course menus while learning about wine pairings, for example.

Hands-on courses range from “The Basics of Cooking” program, which introduces students to the essentials of baking bread, making soups or cooking meats and poultry, among other topics. Or, customers can opt for the “Global Gourmet” track to explore world-wide cuisines. Current offerings include courses on Russian Pancakes and Crepes, Caribbean Inspirations, Easy Indian Dinners and Thai, Quick and Easy.

There's even a large and varied selection of hands-on courses for children and their parents. “We're probably one of the few cooking schools you'll run across that actually starts with [courses for] two year olds,” McCormick noted. “Between two and six, they come with an adult and they work together. All of the children's classes are hands-on.”

Health and wellness topics also tend to find their way into many of the classes. About one-third of PCC Cooks' instructors are nutritionists, many educated at nearby Bastyr University, McCormick said.

“So, even if they're just teaching a class on Northern Italian or Spanish Tapas, they will often weave in some interesting nutritional tidbits, too.”

Other courses focus on specific topics or issues, such as gluten-free baking, detox diets and soothing chronic inflammation.

“We do find that classes that address really common health interests, such as our classes dealing with inflammation, are very popular.”

Overall, PCC Cooks has something to offer almost everyone. The program appeals to a wide range of people.

New class schedules are released three times per year, with courses generally ranging from $35 to $55, and within a few days, half of all available seats are usually full, she said. Five of the kitchens seat 24 students, while PCC's West Seattle store kitchen seats 18.

McCormick credited PCC Cooks success to the talent of its 40 instructors, noting that the program has become increasingly sophisticated over time.

“I really think that the key ingredient to a successful program is the instructors,” McCormick said. “We really work hard to find and develop people who are passionate about cooking, who can cook yummy food for a good-sized group, and are really polished in their presentation.”

That's a tough list of qualifications, but television cooking shows have really raised expectations. As a result, McCormick said that new course tracks and new classes are largely the product of finding talented instructors. Those instructors, who hail from locales including Italy, Thailand and India, then pitch their ideas.

“In the old days, we could do Tofu 101 and show up in our Birkenstocks and hang loose about it,” she said. “We can't do that anymore. There has to be a certain level of professionalism to the presentation and it has to be fun. People are giving up their free time to come see us.”

And, whether it's course on basic bread making or a course on Thai recipes, simplicity and step-by-step attention to detail also tend to characterize the best classes, McCormick said.

“We don't assume anything,” she said. “We start at the very beginning. You can never assume that everyone knows how to dice an onion. And, it gets more complicated when you're dealing with a shallot … The people who are more experienced, might think ‘well, I already know how to chop an onion.’ But they might also think ‘I've never tried dicing an onion like that. I'll try it that way next time.’ That gets everyone on the same page.”

The program rarely aims toward complexity, she added. “If get too advanced or too fussy, it sends people away.”

This rule applies even with foreign cuisines, which many attendees might expect to be a challenge. McCormick cited one recent example in which an instructor from India showed students how to make samosas.

The instructor showed students photos of street-food samosas taken during a recent visit home, then demonstrated how to make the spiced potatoes that fill the typical samosa.

Then, rather than kneading, rolling, filling, folding and then deep-frying the surrounding dough, the instructor showed students how to layer a muffin tin with phyllo dough, close the potato filling inside, and then bake the samosas for a healthier modern take on a classic Indian appetizer.

“They were so yummy,” McCormick said. “That's everything we're hoping for [with the classes]. It was easy, it used products that people were unfamiliar with, it had an authentic feel to it. And, it was all done in a charming way.”