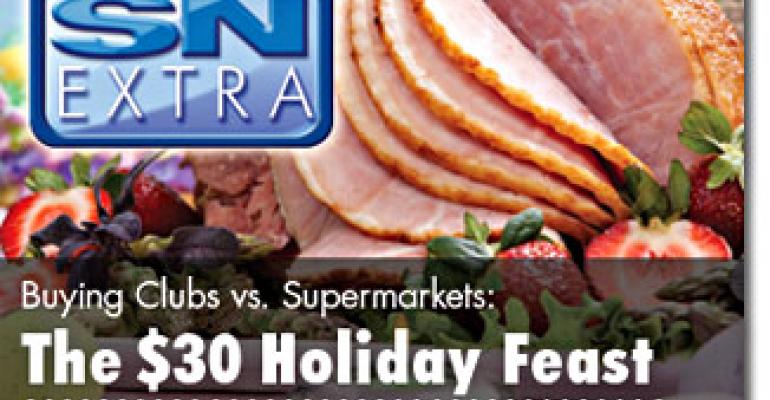 Supermarkets might think they offer low prices on holiday meals, but can they beat $30? 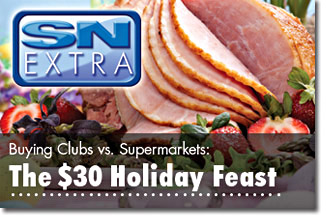 That’s how much SHARE food-buying club in Butler, Wis., is charging this holiday season. And that’s not just for the main course. The price includes a boneless honey ham plus all the fixings: canned pineapple, sweet potato casserole, dinner rolls, apple pie and an assortment of fresh produce.

To understand how SHARE can offer such a sweet deal, it’s important to understand the buying club model. Like community-supported agriculture and other grassroots efforts, clubs rely on their members for buying power and volunteer labor. SHARE has 20,000 members spread across the Upper Midwest, and once a month they go online to select from an assortment of food — everything from fresh produce to packaged meat to the $30 holiday meal — that then gets packaged and distributed to more than 200 drop-off locations.

This community-based system saves money, which SHARE is able to pass along to its members. The organization promotes 30% to 50% savings off supermarket prices, and it comparison shops regularly to ensure this.

“We don’t have the same kind of overhead that a grocery store has,” said Paulette Flynn, executive director of SHARE. 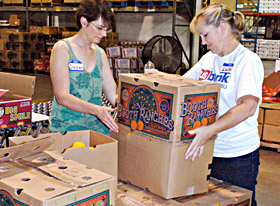 Yet look beyond its homegrown values, and it’s clear SHARE does share some of the same efficiencies as a grocery store. For instance, the organization orders most of its food from wholesale distributors — the same ones that service supermarkets.

“We buy from them every year,” said Flynn. “Before they plant, they know based on estimates what we’ll be purchasing from them.”

Despite its retail DNA, SHARE isn’t trying to go toe-to-toe with supermarkets. It can’t compete on scale, noted Flynn, with member purchases only happening once a month and with necessities like milk and toilet paper unavailable.

“People ask that all the time, are you in competition with the grocery stores?” said Flynn. “I think if we were a threat they would have put us out of business a long time ago.”

Still, during the recession and afterwards, many shoppers channeled their money into food buying clubs like SHARE. Flynn said the organization saw its highest membership count in 2009, during the depths of the economic downturn.

The numbers have come down since then, but SHARE has retained many shoppers who like cutting out the retail middleman, and who enjoy the sense of community that the club engenders. When members work together packaging and distributing food in SHARE’s main warehouse, the scene is like an old-fashioned quilting bee, according to Flynn.

“I’ll have three generations of volunteers in the warehouse sometimes, with mom and grandma packing boxes and the kids running around,” said Flynn.