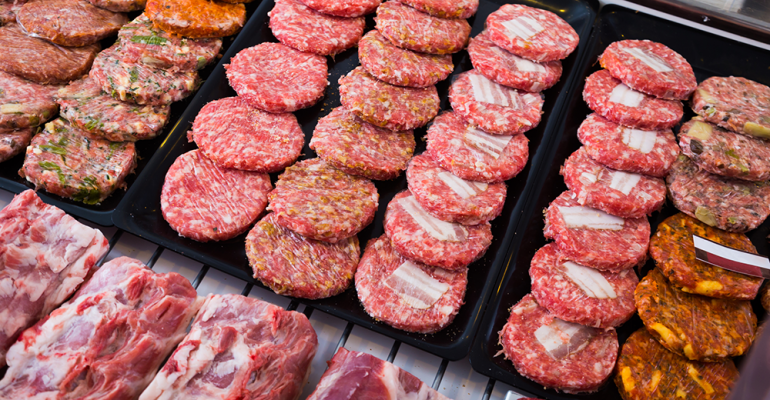 Value-added meats are becoming an increasingly powerful supermarket magnet for shoppers — and revenue.

By offering selections from recipes that operators typically prepare in-store or at central locations, retailers are seeking to simplify meal preparation for time-pressed and convenience-oriented consumers while generating higher rings. And interest in the options is escalating.

IRI, a Chicago-based market research firm, reports that the growth rate of value-added meats over the last five years is more than double that of the overall meat department. 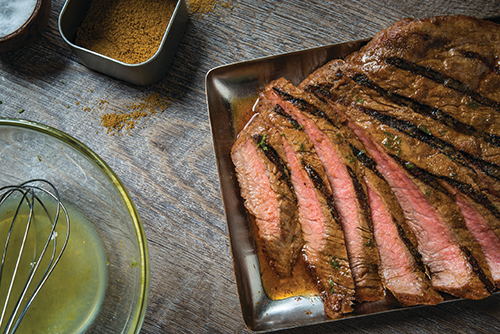 According to Chris DuBois, IRI senior vice president of strategic accounts, value-added is the “star of the department,” and he noted that locations with strong value-added options also generate greater sales in other perimeter areas because of additional store traffic.

“Not offering value-added meats is a clear miss for retailers,” he said. “You want to play where growth is occurring.”

Value-added selections also are likely to appeal to the 59% of consumers who, in a survey by Mintel Group Ltd., a Chicago-based market research firm, indicate that appearance, in addition to price, is important to them when purchasing red meat.

He said that some operators also are marketing beef with a foreign tang, such as pineapple teriyaki and jalapeño lime, along with classic flavors, like steakhouse or sweet and smoky.

“The ground-beef segment also is delivering big with premade meatballs and a wide variety of premade burgers, such as bacon and blue cheese, jalapeño and steakhouse,” said Anne-Marie Roerink, principal of 210 Analytics LLC, a San Antonio-based marketing research and marketing strategies firm.

She added, however, that supermarkets should “proceed with caution” when merchandising beef cuts and pork as many Baby Boomers, who are strong drivers of meat department sales, often are “not big into value-added and hesitant about the quality and freshness of the meat.” 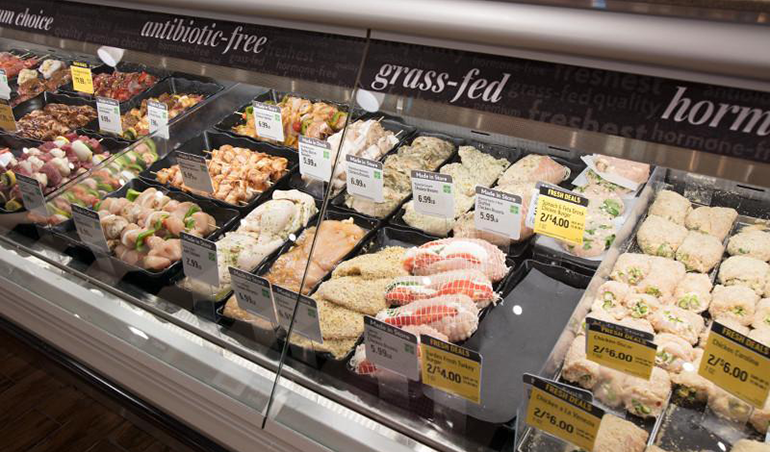 Peter Mayes, director of meat and seafood merchandising at Greensboro, N.C.-based The Fresh Market Inc., noted that Millennials, empty nesters and busy families have the greatest interest in value-added meats because the proteins are “a quick, convenient and flavorful meal solution that is perfectly portioned. It enables the consumers to serve a fresh, prepared, restaurant-quality meal in a fraction of the time it would take if they made it from scratch.”

The Fresh Market carries such items as gourmet burgers and kabobs (pictured above) and positions selections as a way to introduce shoppers to different varieties of meats, he noted, while basing its options on flavor trends along with seasonal and regional preferences, such as Cajun flavors in Louisiana and more barbecue offerings in the Carolinas.

A spokesman for Pittsburgh-based Giant Eagle Inc. said that its value-added offerings, including stuffed and breaded pork, kabobs and gourmet burgers “gives us the ability to introduce shoppers to unique flavor profiles and seasonally relevant items,” including many items for grilling during the warm-weather months.

IRI’s DuBois added that other frequent value-added purchasers come from one- to three-person households with total income of at least $75,000 and who live in large and mid-size metropolitan areas.

Spotlight the selections
The most successful value-added retailers, meanwhile, showcase items in merchandising spaces that are two to three times the size of those who underperform, DuBois noted, adding that “the visual side of it is a big deal.”

It also is “critically important” for operators to offer unique items that aren’t available elsewhere, he said.

“Value-added beef has a halo over the meat department,” he noted. “People will visit stores that have better selections.” 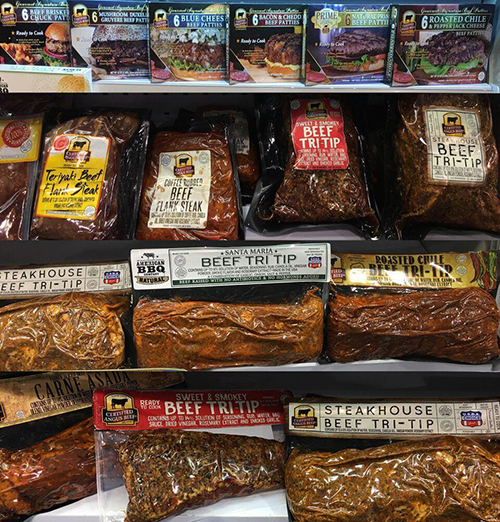 Wisner agreed, and noted that the “big play” is merchandising signature items that only are available at specific chains while aggressively promoting the offerings.

“Value-added meats are under-advertised,” he said. “Too much is left to strictly in-store exposure. Supermarkets should try to trade up the customer and present the selections to those that read ads.”

Because many buyers are not overly price-conscious, it is important that circulars feature recipe details in a similar manner as restaurant menus without emphasizing cost, DuBois said.

It also is vital for operators to spotlight the meats in-store since value-added still is not “top of mind” for many shoppers, Wisner noted.

“Signage can say, ‘great ideas for dinner tonight’ and highlight the flavors rather than just stating ‘marinated strip steak for $6.99,’” he said. “The items deserve more than a simple price mention.”

“The products can make a business unique and day-to-day meal shopping easier for customers,” he said. “The selections also need to be easy to find in meat departments as part of a fresh focus and not hidden in the far reaches.”

DuBois added that while it is important for operators to offer the distinct flavors that appeal to the specific shoppers in each locale, that can be challenging if companies prepare value-added meats at a central location.

“The same assortments won’t always work in different outlets,” he said. “The local meat department is often the best source for determining the flavors that play well in their market.