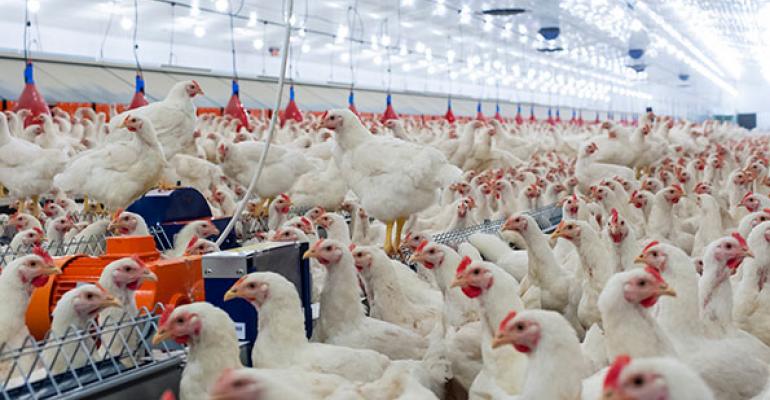 Due in large part to consumer pressure, suppliers, retailers and foodservice operators are increasingly updating their stances on antibiotics in livestock production.

Earlier this month, Perdue acquired Natural Food Holdings, parent to Chipotle supplier Niman Ranch, allowing the poultry company to expand its line-up of antibiotic-free meat. Last May, Walmart rolled out new policies for its meat and poultry suppliers to limit antibiotic use. In March, McDonald’s announced it would eliminate antibiotics completely from chicken sold in the U.S. by 2017.

While some of the plans are more robust than others, the fact that industry heavyweights are making these kinds of moves has turned heads.

“But I think it’s certainly true that these are significant. You can sort of parse out all the details but in the final analysis there’s real change going on,” said David Wallinga, senior health officer, Natural Resources Defense Council.

Experts were hesitant to comment on specific companies’ motivations for the changes, but agreed consumer demand was likely a strong influence.

“Each company would probably have to tell you what factored into their calculus when they made the decision, but there certainly does seem to be an increase in interest among consumers, and there’s been a lot of attention paid to the issue by media. And there’s a lot of attention paid to it on social media. So I think that it’s natural that you would see consumers respond,” said Janet Riley, SVP, public affairs, North American Meat Institute.

According to the 2015 Power of Meat study conducted by 210 Analytics for FMI and NAMI, consumers’ top reasons for buying natural and organic meat — the latter of which is also antibiotic-free — were that it was “free of substances I wish to avoid” and “better health/treatment of the animals.”

The fact that giving customers what they want can be good for the bottom line could also be a motivation.

“I think it varies and it’s hard to generalize from company to company, not being in their boardrooms. But I suspect that it’s in large measure consumers. I think that what we know from Europe and likely the U.S., too, is that some retail companies probably perceive a marketing advantage,” said Wallinga.

Whether the average consumer at a conventional retailer will pay for antibiotic-free meat remains to be seen, however.

“How much does price really factor in when it comes down to making that choice at the retail marketplace? Because at the current time, some of the ‘raised without antibiotics’ [products] tend to command a higher premium because there’s a smaller supply,” said Riley.

Even producers of antibiotic-free meat acknowledge that consumers’ expectations of costs will need some adjustments.

“Not only do antibiotics make food production less expensive but what we’ve done is we’ve trained consumers to want cheap food,” Mel Coleman, VP of emerging markets, Niman Ranch, said during an Expo East session on “The Future of Antibiotics in Meat Production” in Baltimore last week. He asserted that Niman Ranch’s practices represent “what the true value of food production is.”

Similarly, the current high prices of conventional beef and cattle are a barrier for ranchers to make the switch to antibiotic-free production, according to a recent Wall Street Journal article.

Overall, the poultry business has been able to alter its antibiotic practices more quickly than beef or pork, and policy changes from companies like McDonald’s reflect that.

For some consumers, however, a piecemeal approach to antibiotics in livestock production may not go far enough.

“It’s great that McDonald’s kind of stepped out and made some statement but their current program only deals with chicken and it only deals with their U.S. operations. So obviously there’s a lot of room for improvement there,” said Wallinga.

Last week, a group of shareholders called on McDonald’s to eliminate antibiotics used for human medicine from all the meat the company sells, not just chicken.

It may be impossible to completely do away with antibiotics for livestock, however, since sick animals still need to be treated. Those animals will then have to be moved into the conventional supply chain.

“And it’s interesting because I think some people may not realize that an antibiotic-free production system can’t operate without the conventional system,” said Riley.

Those that support updates to antibiotic usage in livestock production are quick to point out that sick animals should be treated by any means necessary.

“That should be said and we do say that right up front, but then you also have to point out that the vast majority of the use of antibiotics to date has not been about treating sick animals. It’s been about uses that can be avoided in many cases,” said Wallinga.