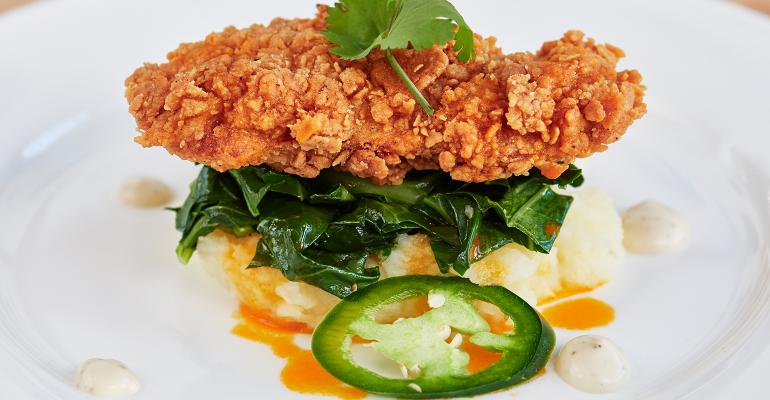 Report: Market for alternative proteins to reach $5.2 billion by 2020

Plant proteins are big business and a fast-growing category that companies and retailers can’t afford to ignore, according to a new report. The investor report, titled “Plant-based profits,” urges global food companies to diversify their protein sourcing away from a reliance on animal proteins and analyzes how 16 multinational companies are positioned to transition to alternative plant-based proteins.

The report was created by FAIRR, an investor initiative that aims to raise awareness of factory farming and animal welfare. Investors working on this report are concerned over the risks of food companies relying on animal protein and want to see companies investing in the growing plant-based food market. The report finds that the market for alternative proteins is predicted to expand by over 8% a year and to reach $5.2 billion by 2020. Despite a slight fall in sales for all foods sold in grocery stores in the U.S., retail sales of plant-based foods that directly replace animal products grew 8.1% in the 12 months to August 2017, according to the report. And at 18% growth, plant-based cheese alternatives were the fastest-growing category. This growth is driven by the health concerns of millennials. Almost one-third (30%) of millennials eat meat alternatives every day, and 50% eat meat alternatives a few times a week.

“We’re excited about this opportunity to broaden our exposure to innovative, new ways of producing meat, especially since global protein demand has been increasing at a steady rate,” said Justin Whitmore, executive vice president corporate strategy and chief sustainability officer of Tyson Foods, in a statement announcing the investment. “We continue to invest significantly in our traditional meat business, but also believe in exploring additional opportunities for growth that give consumers more choices.” Large food companies have also been acquiring plant-based and alternative protein companies, according to the report. Canadian meat processor Maple Leaf recently bought two companies — Lightlife, a manufacturer of plant-based foods, and Field Roast, a brand of grain-based “meats” and “cheeses.” Campbell Soup bought Pacific Foods, maker of plant-based milk last year. The report notes that in the U.S., non-dairy milk sales have increased by 61% over the last year.

According to the report, retailers such as Kroger, Ralphs, Target, Trader Joe’s, Wegmans and Whole Foods have been developing their own meat replacement products.

Despite these investments, the report finds that companies struggle to develop coherent messaging and marketing to promote consumption and sales of these alternative protein products. For example, “Some companies have placed these products in the meat/dairy aisles to broaden their appeal. Others advocate displaying these products in separate but easily identifiable locations to help consumers that follow specific diets (vegan/vegetarian). This lack of consensus makes it crucial for companies to have systems that can continuously monitor consumer preferences at the sub-category level to change purchasing habits.”

But companies are making strides to inform consumers about plant-based. The report found that Nestlé was among the multinational companies with a leading approach to alternative plant-based proteins. The company has an internal R&D network focused on protein innovation, with over a quarter of its investment dedicated to plant proteins, and organizes an annual protein summit. Last year, the company acquired Sweet Earth, a plant-based foods manufacturer.

“Diversifying our protein sources helps us respond to growing consumer and stakeholder concerns on the impacts of increased animal protein production and consumption on both health and the environment,” said Duncan Pollard, associate vice president of stakeholder engagement in sustainability for Nestlé, in the report.

“The development of the protein supply chain is an issue with the potential to radically reshape the supermarket shelf of the future.”