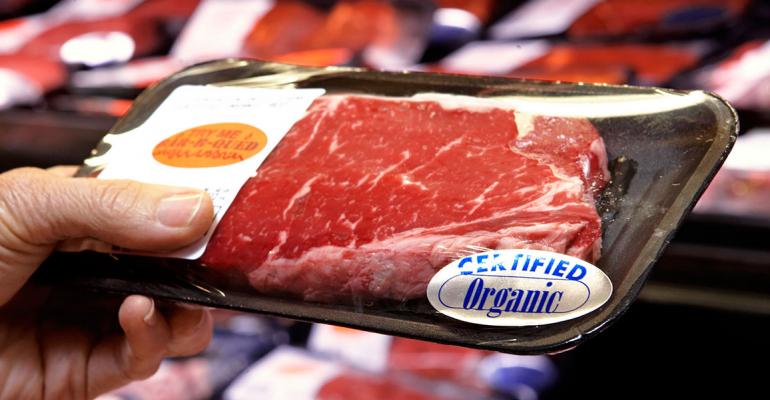 Retailers: Be wary of switching to natural, organic meat too quickly 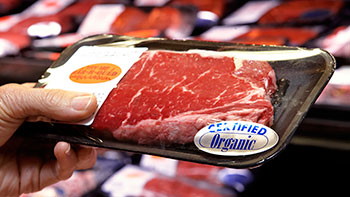 Sales of natural and organic meat are growing at astronomical rates, according to the 2016 Power of Meat report.

However, that doesn’t mean supermarkets should stop selling conventional meat.

“And I imagine if you just take a quick glance at this as a retailer, you’re like, holy cow I need to be in this business. I should have been converting over my meat case to a lot of these different claims,” said Anne-Marie Roerink, principal, 210 Analytics, and author of the report.

“But it’s also important to keep in mind that at the end of the day these are every niche categories still in terms of the actual dollar amount,” she added.

Roerink presented findings from the latest Power of Meat report at the Annual Meat Conference in Nashville, Tenn., in February.

In comparison, total meat and poultry sales were $50 billion in 2015.

Additionally, volume of organic and natural meats has not grown as fast as sales.

“So that means that we have been increasing our prices a little faster than consumer interest has been able to keep up with or been willing to keep up with, and we have to be very cognizant of that,” said Roerink.

The study also suggests household penetration for natural and organic meat is starting to level off.

At the same time, organic shoppers are very valuable to retailers because they spend much more on groceries overall.

“In other words, someone who’s buying organic fresh meat has that financial wherewithal to spend 44% more on groceries. This is not a small difference,” Mikael Olson, associate client director, Nielsen Perishables Group, said in a video segment at the Power of Meat presentation.

210 Analytics prepared the Power of Meat on behalf of FMI and the North American Meat Institute. The study was sponsored by Sealed Air.