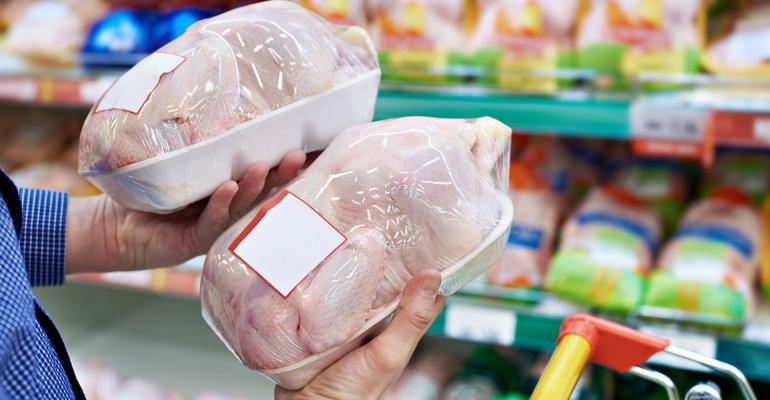 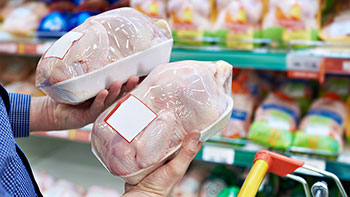 With consumer protein prices trending downward since last year, some retailers have made adjustments in strategy in the meat department.

Consumer prices for beef and veal were down 5.1% in March compared to the same period last year and are expected to be 1% to 2% lower for the year in 2016, according to the USDA’s Economic Research Service. Similarly, pork prices were 5.6% lower year-over-year in March, with 2016 prices predicted to change -0.5% to 0.5% this year. Poultry prices were down 4% year-over-year in March, although they are expected to rise 1% to 2% this year.

The combination of protein deflation and low produce inflation contributed to comparable store sales lower than analysts expected at Sprouts Farmers Market in the fiscal first quarter of this year.

During the retailer’s earnings call last week, Sprouts said it had made price adjustments, including using promotions, as meat prices came down.

“And categories that are commoditized like proteins are obviously very elastic. So if the market moves we move with it,” James Nielsen, Sprouts’ president and COO, told investors.

Nielsen said Sprouts was not worried about customers becoming accustomed to promotions in the meat department.

“I think we've hit the bottom. We've actually started to see people from a retail perspective and promotional retail perspective over the course of the last two to three weeks, start to move up as we start to see categories like pork and poultry inch up on a cost basis,” said Nielsen.

Last week, Kroger Co. announced “significant reductions” in prices in the meat department in its Mid-Atlantic region as part of a round of price cuts at stores there, although the announcement wasn’t specifically tied to protein deflation.

In its 2015 fourth quarter conference call in March, Kroger said identical supermarket sales in the meat department were down.

“The meat department was slightly negative due to 5% deflation in the category. This deflation has allowed retail prices to return to levels where more customers can re-enter the category or increase their purchases,” said Michael Schlotman, Kroger’s CFO and EVP

“In many instances, like meat, because of the pickup in the volume at lower retails, you wind up generating significantly more gross profit dollars and we would expect that to continue to play out in different categories throughout the year,” said Schlotman.

Meat deflation has been a problem for Smart & Final, particularly at its Cash & Carry banner, the retailer said during its first quarter earnings call last week.

“A year ago in quarter one, proteins were 9% inflationary and now in quarter one of 2015, we're 9% deflationary, so an incredible swing in proteins. But slightly worse at the end of quarter one than the beginning,” David Hirz, president and CEO, told investors.

Smart & Final’s troubles at Cash & Carry may continue into the second quarter.

“Although it's early in our second quarter, we continue to see deflationary pressures impacting the key protein and dairy categories, but in addition, we are seeing deflation in a few more categories throughout the store. While both of our store banners are affected, the impact is the greatest on Cash & Carry, where protein sales have a higher penetration rate than in the Smart & Final banner,” said Richard Phegley, CFO and SVP.