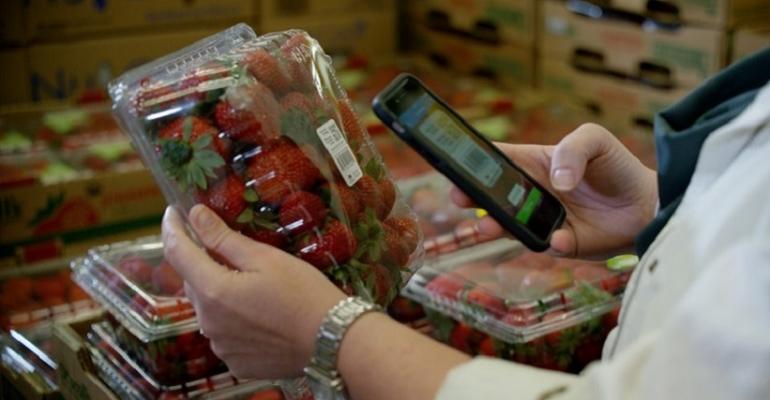 Wal-Mart Stores this week opened a new Supercenter near Orlando that became the second such store in the country to include the latest iteration of the retailer’s mobile “Scan & Go” feature allowing customers to shop – and pay – using only their phones.

It’s an evolution for Walmart, not a revolution. The big company has been experimenting with the technology for some time, including a since-abandoned test of an iPhone-only scan and shop app a few years ago. That experiment resulted in learnings that helped to build the retailer’s current app, including digital receipts and the “Savings Catcher” technology, but was beset by a few issues in practice: One being that shoppers using the app who encountered questions about how to use it too often found that store employees including cashiers had no idea how to help them, which rendered an innovation designed to simplify the shopping experience one that served to complicate it.

The new Scan & Go, which is now available in iPhone and Android versions, is complemented in the new Florida store in Lake Nona and in what officials said were a “handful” of other Supercenters and Neighborhood Market locations across the country with handheld devices providing similar capabilities. Scan & Go mobile is also live at some Sam’s Club stores.

Another difference between this test and the last one is the installation of a checkout area dedicated to Scan & Go shoppers. Mobile app users need only to scan their phone to pay, and flash their e-receipts on the way out. In Lake Nona, the areas are clearly marked.

While it likely will be some time before this type of technology makes its way throughout Walmart’s network of stores, it’s another indication that the world’s most significant retailers are working hard to address the inconveniences inherent in the typical brick-and-mortar shopping trip, and in a way, apply the conveniences of the digital world in the physical space. Amazon Go, which is set to open shortly in Seattle, famously will do so without any cashiers or cash registers.

Does it portend an end to labor in stores? Probably not, argues Steven Kramer, CEO and co-founder of WorkJam, a Montreal-based employee engagement platform for the service industry. Kramer argues such advances should provide retailers with the opportunity to redeploy labor to roles that enhance the shopper experience.

“When you look at grocery business you see such a transformation that’s begun where grocers are looking to rerate a more emotional experience with the consumer,” Kramer said. “You walk into a grocery store now and you see a nutritionist on the floor. There’s cooking lessons. There’s a wine connoisseur. What I see happening is the type of labor that exists within a store is simply transitioning in a way that creates a more emotional connection with the consumer.”

Main & Vine, Kroger’s experiment in a fresh-forward, foodie-friendly format, turns a year old this week, and according to a local report, is already profitable. That said the 27,000-square-foot converted QFC supermarket in Seattle’s Gig Harbor is still the lone ship in the fleet.

“We are setting the standard for future Main & Vines,” store operations manager John Leathers told the News Tribune newspaper. “We want to make sure this concept is going to work across the nation.”

And even if Main & Vines fail to spread, the exercise in creating and testing can’t hurt. Kantar Retail’s Bryan Gildenberg in a report on 2017 retail predictions released this week noted that “format prototyping and testing will be a critical competency,” for retailers as online retail and small discounters continue to grow. “Retailers and suppliers will need to test and model a wide variety of assortments with economic accuracy.”

Gildenberg’s report also predicts that small discounters will surpass hypermarkets in worldwide market share by 2021 and that online will be the largest single channel of retail trade by 2019. Supermarkets will be resilient, he added, if they learn to adapt.

Regardless of your stance on border security, President Trump’s idea to pay for it by taxing imports from Mexico sounds like a particularly bad idea for the food business. The U.S. imported $21 billion in food products from Mexico in 2015, according to the USDA, including more than $4 billion in fruits, and $4 billion in vegetables. Mexico at the same time represents the third-largest market for U.S. food exports, with some $17.7 billion in corn, soybeans, dairy, pork, poultry and beef shipped there in 2015, the USDA said, and that would likely be subject to retaliatory tariffs.

Simply put, any policy proposal which drives up costs of Corona, tequila, or margaritas is a big-time bad idea. Mucho Sad. (2)