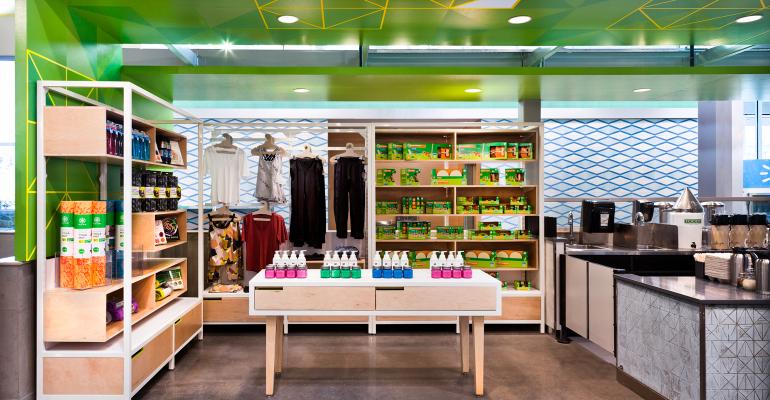 NPD: Americans approach wellness in their own way

Americans are taking a personalized approach to their health and wellness, which in some cases involves supplementing dinner components made at home with prepared foods from restaurants or the grocery store, finds the Port Washington, N.Y.-based NPD Group.

“We noted that 10% of dinners [consumed at home] include something that comes from a restaurant, whether it be an appetizer or sometimes the main dish...It’s sort of a blended meal that helps save time in the kitchen and also rounds out the meal with something that is fresh. So that’s the name of the game, ‘how do I achieve freshness in a hurry without spending a lot of time in the kitchen?’” said Darren Seifer, food and beverage industry analyst for the NPD Group.

Outfitted in athleisure wear and tracking their activity level with Fitbits and their calorie consumption with apps such as MyFitnessPal, consumers adhering to their own personalized approach aren’t necessarily exercising more but are concerned with looking and feeling well, said Seifer. Whole Foods Market is capitalizing on the trend by merchandising such apparel beside a juice bar in its new El Paso, Texas, store.

These consumers aren’t seeking to avoid certain attributes like fat and cholesterol, rather they’re on a quest for wholesome foods that are fresh, organic and/or non-GMO and brands whose values align with their own.

“One way to capitalize on this is by being transparent,” noted Seifer. “It might not be possible for everyone to go non-GMO or even feasible but to let consumers know what exactly is in the product and why ingredients are used goes a long way. Consumers are more interested these days in knowing what happened to the product before it hit the shelf. So letting them know what kinds of ingredients you used and why you used them lets them know you’re being open and honest and consumers appreciate that.”