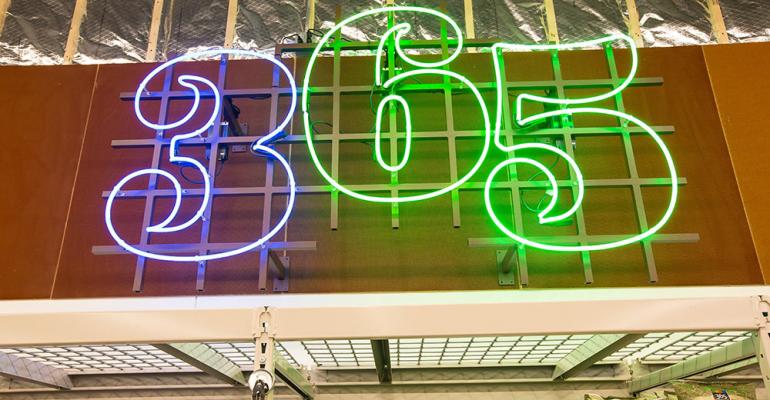 Beyond the effect of springing it on the market so suddenly — which probably was the whole point to begin with — there was little in Amazon’s announcement of its intentions for Whole Foods this week that couldn’t or haven’t already been guessed at.

Of course they’re going to lower prices and fix the loyalty program. These things needed to happen no matter who was in charge at Whole Foods, and to some extent were already in motion. The question remains how low do prices need to go to stop a lengthy decline in store traffic, and what sort of Prime integration will move a stubborn needle on sales?

And of course they’re going to sell Whole Foods private brands online and Amazon services in-store. This deal was all about integration of the physical and digital worlds from the start.

Where things might really change, though, are those areas that weren’t mentioned specifically. And at the risk of further speculation, here are four predictions I’ve been able to glean from conversations and input from industry experts. These things might not happen first thing Monday, but they could surely happen.

If Amazon’s approach to running bookstores is any indication of how it is going to run a food store, there’s a lot of change coming, Barclays analyst Karen Short points out.

Amazon’s bookstores, Short said, eschew “normal” techniques like stocking books so that their spines show and creating arrangements based on data (books read in fewer than three days or those that were best reviewed by readers, for example). Prices are indicated by bar code and not figures and change in real time based on demand.

“Applying this same strategy to an Amazon-owned Whole Foods, we believe we will see meaningful reconfigurations of the layout and go-to-market strategy based on Amazon’s war chest of data analytic capabilities – tied with Amazon’s knowledge of customer behavior in fresh in the 20 markets they already serve.”

Short predicted Amazon — given a chance to review data and analysis — could, for example, remove apparel departments entirely from Whole Foods stores and pare down departments where pricing is high, like vitamins and minerals. In their space there could be room to offer meal kits or a click-and-collect offerings.

“[T]he traditional supermarket racetrack, weekly circulars and checkout process will likely be a thing of the past once Amazon gets its sea legs through thorough testing and analysis of the current and future generation of grocery shoppers,” Short added. “Amazon will likely drive drastically different shopping behavior in grocery – at least for a subsector of the population.”

2. A culture shakeup is coming

Short described Amazon as having an “opposite” culture to Whole Foods, where she contended “accountability was never an area of strength,” and as a result “we have a hard time seeing how existing management survives.”

On the other hand, it’s probably a good time to be a fishmonger, as store-level employees with experience is something Amazon doesn’t have nearly enough of.

“When there’s a new sheriff in town, senior management can go,” Andrew Wolf, an analyst at Loop Capital, said. “But show me anyone at Amazon who knows anything about seafood. If you talk to anyone at the meat counter or the fish counter at Whole Foods, they knew how much they were selling and their gross profit contribution. Amazon is going need people who know that.”

If Amazon truly succeeds in lowering prices and/or improving price perception at Whole Foods’ flagship stores, what’s the point of a secondary brand focused on lower prices other than to undermine the parent? Analysts have been asking that same question long before Amazon came along.

The argument for 365 has been to provide Whole Foods with a better chance to win shoppers entering the natural channel for the first time, a group it was clearly losing to sharper priced rivals like Kroger and Sprouts Farmers Market for some time. Broad trends toward EDLP and private label also support the 365 model, but there’s no reason to think those ideals couldn’t be ported to a Whole Foods that is likely to be undergoing other changes at the same time.

“I think there is room for [365], but my struggle with it is that Whole Foods looked away from its core mission when they created it and it bit them in the shorts,” Daniel Lohman, a veteran advisor to the natural products industry, said. “I think their focus has to be on that core consumer.”

Lohman has a positive view of Whole Foods’ future as Amazon takes control, saying the opportunity for innovation that helped to make the company a retailing phenomenon in the first place could be reawakened if Amazon simply does as expected and follows the data. That will show the value of new items and reward entrepreneurial suppliers whose path from the kitchen to store shelves, Lohman feels, has slowed in recent years at Whole Foods.

“Long term I think it’s going to be easier to get a product onto a shelf, because I think there are too many barriers to entry today,” he said. “And it’s innovation that keeps natural and organic growing, fresh and different. It would behoove any retailer to get those small guys into the system.

“Amazon is extremely data-driven and they understand the consumer,” he added. “That engine behind whole Foods can be a good thing if Whole Foods doesn’t lose sight of the things that brought them there.”