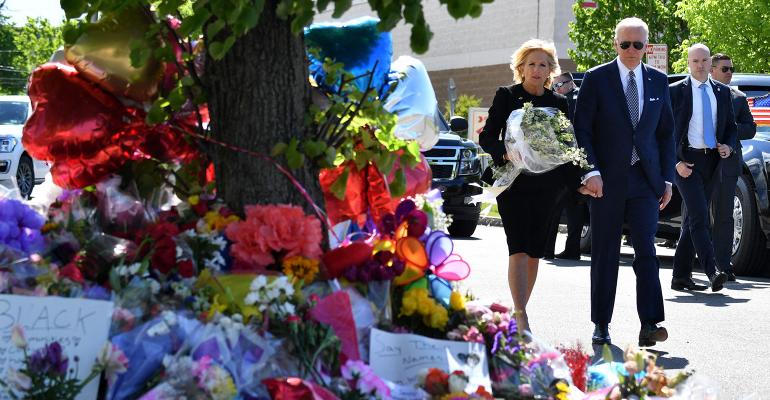 NICHOLAS KAMM:AFP via Getty Images
The weekend tragedy shocked the nation and prompted an emotional visit to the devastated community in Buffalo on Tuesday from President Joe Biden and his wife, Jill.
News

‘Hate will not prevail,’ says President Biden during visit to Buffalo, where 10 were killed at Tops supermarket

In partnership with the National Compassion Fund, Tops Friendly Markets has established the Buffalo 5/14 Survivors Fund to provide direct financial assistance to the survivors of the deceased and those directly affected by the mass shooting that occurred at a Tops supermarket in Buffalo on Sat., May 14. Tops has seeded this Survivors Fund with $500,000 to get it started. As of Wednesday afternoon the fund had reached more than $800,000.

The racially motivated shooting in a predominantly Black community occurred Saturday when a gunman opened fire at the Tops Friendly Market on Jefferson Avenue on the East Side of the city, killing 10 people and wounding three. Most of the victims were Black. The shooter, who was apprehended, has a history of racist rhetoric and hate speech.

“What happened was ruthless and heartbreaking,” said John Persons, president of Tops Friendly Markets, the Williamsville, N.Y.-based operator of 162 stores. “Those that lost their lives will forever be in our hearts and will never be forgotten. Tops is committed to supporting those families affected and to help the community grieve and heal from this tragic event. We have been overwhelmed by the outpouring of support and we thank everyone for their incredible kindness.”

Tops said that 100% of the contributions donated to the Survivors Fund will go directly to families of those deceased as well as those injured, and those who were present in the store and experienced psychological trauma. Tops and the National Compassion Fund also hope to partner with many local and business leaders on this fund-raising endeavor. To make an online contribution, visit Fundraiser by National Compassion Fund: Buffalo Survivors Fund.

Tops is forming a local Steering Committee, comprising community and business leaders, to establish the eligibility and distribution policies for the fund. In the coming weeks, additional details will be provided. The fund will be managed and operated by the NCF.

“Our hearts go out to the entire Buffalo community,” said Jeffrey Dion, executive director of the National Compassion Fund. “We are honored to join forces with Tops Friendly Markets, the Community Foundation for Greater Buffalo, and VictimsFirst to increase charitable giving and help meet the overwhelming needs of the survivors of this atrocity. We stand in solidarity with all those impacted by gun violence.”

All who wish to sign-up for updates on the progress of the fund and plans for distribution are asked to complete the contact form on the Compassion Fund website. 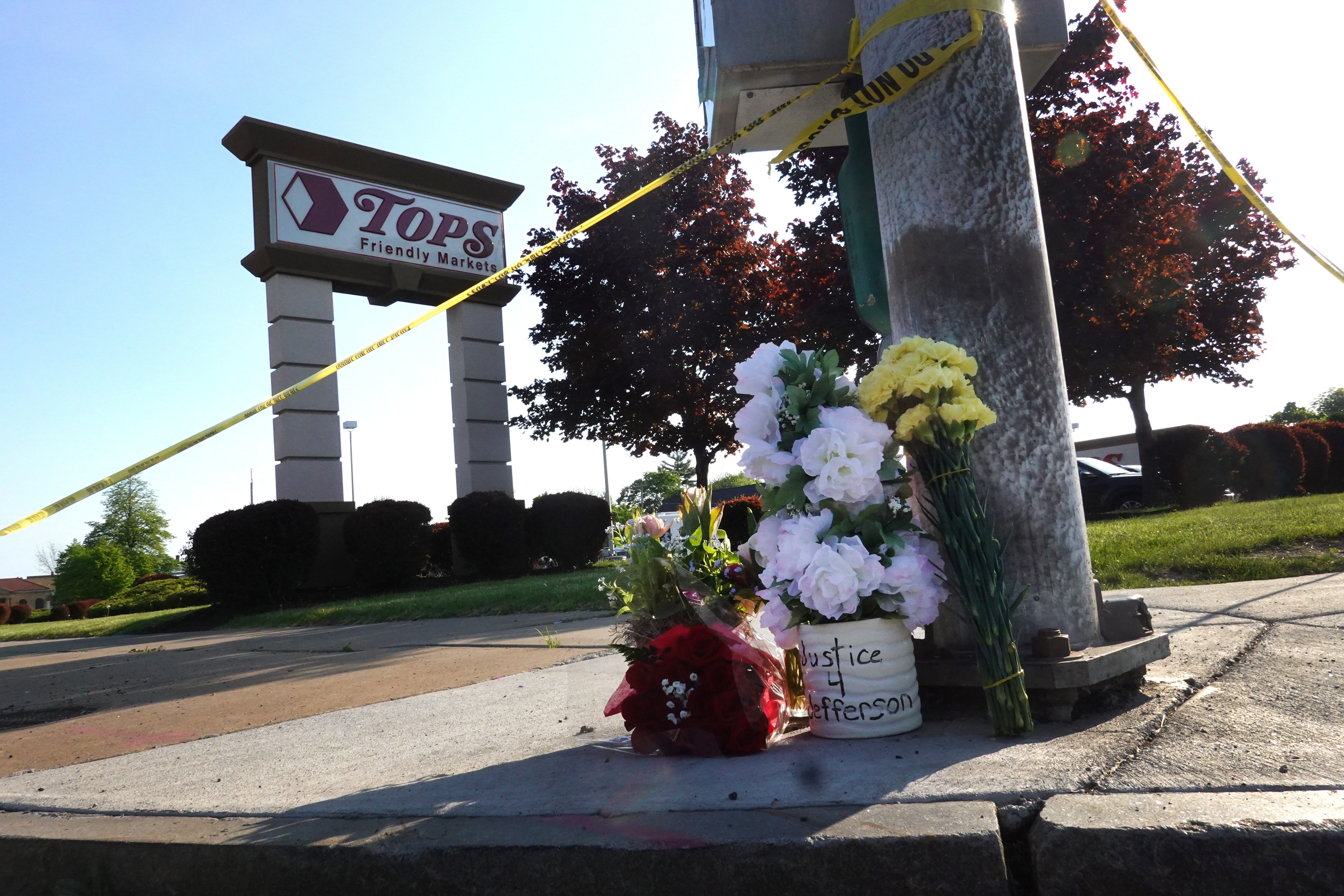 The racially motivated shooting in a predominantly Black community occurred Saturday when a gunman opened fire at the Tops Friendly Market on Jefferson Avenue on the East Side of the city, killing ten people and wounding three. Most of the victims were Black.

The weekend tragedy shocked the nation and prompted an emotional visit to the devastated community in Buffalo on Tuesday from President Joe Biden and his wife, Jill.

“We have to refuse to live in a country where Black people going about a weekly grocery shopping can be gunned down by weapons of war deployed in a racist cause,” said Biden, who spoke about each of the victims individually and met with many of their families.

“This is work that requires all of us — presidents and politicians, commentators, citizens. None of us can stay in the sidelines. We have to resolve here in Buffalo that from this tragedy will come hope and light and life. It has to. And on our watch, the sacred cause of America will never bow, never break, never bend. And the America we love will endure,” Biden said.

Currently the supermarket location remains closed as part of the ongoing investigation. In a statement, Tops announced, "When the store is released to Tops, we will have a team assess next steps with the intention of rebuilding and repairing the store for the community in as short a period of time as possible. After that, we will need to respectfully acclimate our associates and the community at large to the store and when the time is right for all of us, we will reopen our doors on Jefferson Avenue."