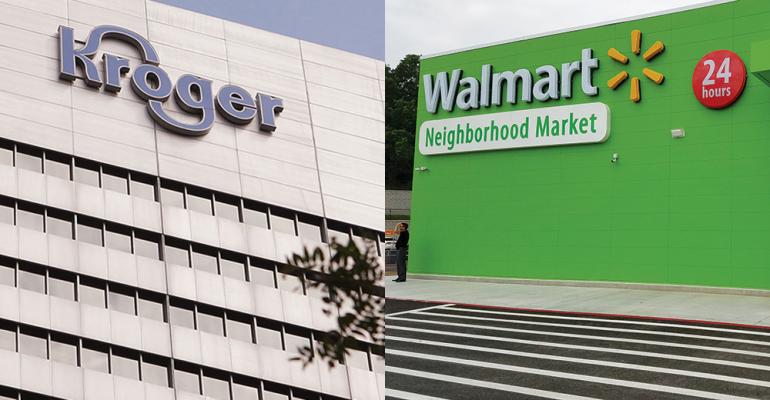 Walmart and Kroger both signaled during their annual annual conferences this week that new-store development would slow in the years ahead as they focus on driving more revenues from their existing boxes.

Walmart said it would open fewer than 25 stores next year, and Kroger slashed its capital spending for store projects.

“It shows that two of the biggest retailers see optimizing capacity vs. adding it as the right strategy,” said Chuck Cerankosky, an analyst with Northcoast Research, Cleveland. “The industry goes through this from time to time, but what’s interesting is that this time around, it is taking place while the economy is accelerating, so the timing is unfortunate.”

The biggest challenge facing the supermarket industry, he said, has been overcapacity.

Cerankosky said he thinks Kroger “is on the right track,” although he conceded that the actions the company is taking will take time to demonstrate results.

Kroger detailed plans to reallocate shelf space and product adjacencies based on sales data, while ramping up private-label and prepared-food offerings.

“We like the fact that the company using its data to go after that kind of optimization,” said Cerankosky.

He said he also expects to see more of the company’s own branding appearing on its prepared foods.

“While the brand was successful in natural/organic food categories, it might not resonate well with consumers in other areas,” he said it a research report.

He also said Kroger’s slowdown in cap-ex spending could be a concern, as Publix Super Markets, which competes against Kroger in several Southeastern and Mid-Atlantic markets, continues to ramp up its spending.

Kirk estimated that Kroger could fetch at least $2.5 billion for its convenience store portfolio, for which the company announced it was considering a potential sale.

Overall, Kirk said he was positive on the outlook for Kroger and bullish on its opportunities to gain market share.

“With easing deflationary pressure and structural advantages, we believe we are on the precipice of improving results,” he said in the report.

Kroger shares rose modestly after the announcement of its plans, but were still down sharply for the year-to-date as the company’s financial performance faltered and and many observers feel the growth momentum in the space is building at Walmart and Amazon/Whole Foods.

Walmart, by contrast, saw its shares surge following its investor conference, where it focused on opportunities to drive ecommerce sales and ongoing improvements in its perishables offering.

“The brand perception of Wal-Mart — aided by last year's Jet acquisition, along with multiple investments to build out its digital ecosystem — has improved dramatically, which could have a significant impact on its ability to draw in more millennial shoppers in the years to come,” said Charles Grom, an analyst with Gordon Haskett Retail Advisors, in a research report.

Grom also said he was encouraged by Walmart’s indications that it might we willing to divest some international operations, and by the “less aggressive pricing rhetoric” from both Walmart and Kroger.

While some analysts and investors question Kroger’s hesitance to expand into grocery delivery to the extent that Walmart and Amazon are doing so, Cerankosky said he feels Kroger’s focus on perishables and prepared foods in-store makes sense.

“The focus is on fresh foods,” he said. “That has proven to be very difficult thing for e-commerce to tackle. I think the rush into e-commerce ignores the fact that a great many people are willing to spend the time, and enjoy the time, selecting fresh foods.”