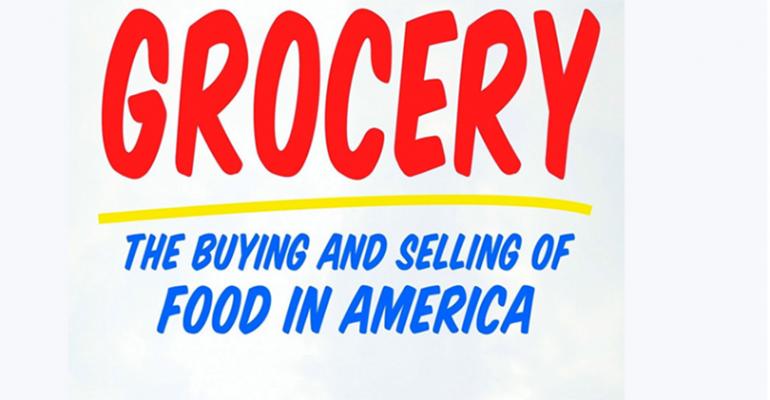 The book on Heinen’s

With insight and fascination, acclaimed food writer takes on grocery Allow me to get it out of the way in advance that I’m disappointed that this book was written before I even managed to propose it, and envious of the access the author managed in writing it, but nevertheless can’t hold it against the funny, heartfelt and insightful finished product.

The book is called GROCERY: The Buying and Selling of Food in America, and publishes next month by Abrams. The writer is Michael Ruhlman, who has authored acclaimed food books including The Soul of a Chef, The Elements of Cooking, Ratio and Ruhlman’s Twenty. He’s also collaborated on cookbooks with famed chef Thomas Keller: The French Laundry Cookbook, Bouchon and Ad Hoc at Home. As his resume suggests, Ruhlman is knowledgeable in the world of high-concept food and fine dining but in GROCERY, reveals the origin of that fascination was making shopping trips with his father at a neighborhood Heinen’s store in a Cleveland suburb during his childhood in the 1960s and ’70s. Using the modern-day Heinen’s as an anchor, Ruhlman’s book courageously explores the cultural phenomena of the grocery store, the business of food, and their relationship to how America feeds itself, with wisdom and also the wide-eyed wonder of a child seated in a grocery cart, wheeling through the aisles.

You can feel Ruhlman’s own mind boggle as he joyfully spouts out statistics illustrating the staggering volumes he encounters everywhere he looks. Frozen food is a $240 billion industry, fish-oil pills: $731 million. America’s grocery stores, he estimates, receive 1.4 million pounds of snow peas every week. Heinen’s 22 stores sold $900,000 worth of kombucha teas during 2016 — a 206% increase from 2014.  Bagged salads totaled nearly $10 million in a single Heinen’s store in 2015, outselling the one-time king of grocery salad bases, iceberg lettuce, by 14 times.

These stats are uncovered as Ruhlman’s cart travels to farms, stores, produce auctions, slaughterhouses, a grocery-owner share group meeting and the Natural Products Expo West show. He shops with his doctor, bags groceries at a Heinen’s store and chats with chefs, category managers and cheese mongers. He devotes a funny chapter to examining myths that food stores make money by intentionally deceiving their shoppers, lightly interrogating Jeff Heinen on whether milk is placed in the rear of the store to force shoppers to travel there, whether slow music is pumped to encourage them to linger, and whether kids’ cereals are intentionally shelved at toddler-eye level. “Heinen’s carries 40 thousand items,” Heinen replies, “and we barely have time to tie our shoes let alone try to psychologically outsmart our customers.”

The focus on Heinen’s provides a lesson in how difficult the grocery industry can be, and not so much because Heinen’s is a small grocer doing battle with giants, but because staying relevant amid food culture in constant upheaval requires always developing new competencies, and getting the details right can be punishing. Heinen’s, to cite an example in the story, is among the most advanced grocers in terms of the move toward offering quality prepared foods, but lost “oceans” of money trying to do it, Jeff Heinen says.

The grocery store, Ruhlman concludes, is not the same place he saw when he was a boy, or for that matter when Tom and Jeff’s grandfather Joseph founded a butcher store that became their present day business, but rather a refection of their times, hidden in plain sight.