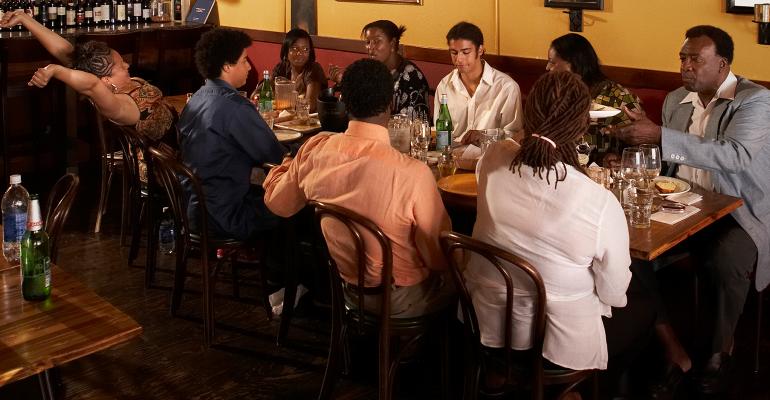 <p>Food price deflation is catching up to restaurants, especially in the casual-dining segment.</p>
News

Deflating prices triggering challenges to sales and earnings at supermarkets for the past several months are only now arriving at their counterparts in the restaurant business, suggesting a tepid outlook for the sector, and particularly for casual-dining spots, an analyst said Friday.

Commodity prices have been falling for nearly 10 months, suggesting the pressures on restaurants are only beginning to arrive, Strelzik explained.

“Over the last decade, restaurant same-store sales track with changes in commodities on a nine-month lag pretty closely, and given that we’ve been seeing accelerating deflation going back a ways now, we think that relationship is a big reason that restaurant comps have slowed — and you’re really seeing that accelerate here into the third quarter starting in July,” Strelzik said. “We think this is driven by the interplay between restaurants and grocery, where lower grocery prices have shifted the value equation to grocers and away from restaurants.”

Strelzik said the casual dining segment shows the strongest relationship between comps and commodity movements, while QSR and coffee segments appear most insulated from those trends.

Looking at mass merchants, Wayne Hood discussed a step up in both the amount of items and the depth of at Wal-Mart Stores during July. He said a trend among grocers using “stackable” promotions such as BOGOs to combat falling sales would continue as conditions persist, though noted that such high-quantity sales could correlate with a reduction in trips.