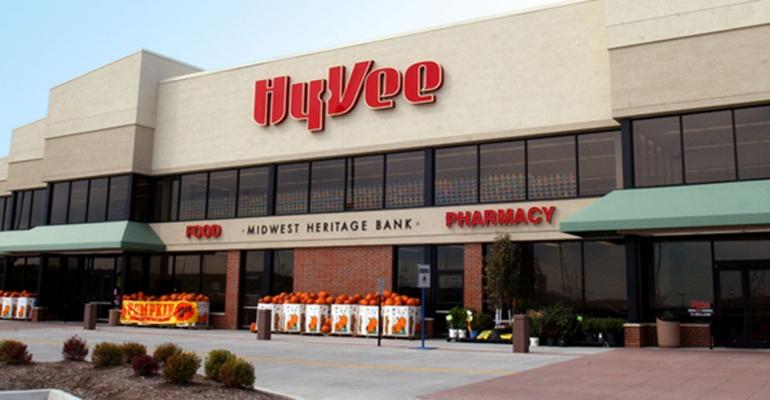 Hy-Vee is considering opening more small-format stores in the Twin Cities and other areas of the Midwest as it adjusts its growth strategy.

The West Des Moines, Iowa-based company, which entered the Minneapolis-St. Paul market in 2015 and this week opened its eighth store there, also is delaying the construction of a new distribution center in the market.

A Hy-Vee spokeswoman said the change in plans was not a slowdown in its expansion plans but an adjustment to its strategy.

"After evaluating recent changes in consumer shopping and lifestyle behaviors, we are adjusting our growth strategy to best meet our customers’ changing wants and needs," said Tina Potthoff, VP of communications. "Over the next several years, we will continue to expand our offerings across the Midwest by constructing new, smaller-format stores."

The slowdown in big-box openings would follow similar moves by Kroger Co. and Walmart, both of which last month unveiled plans to cut back on new-store development and focus instead on e-commerce investments and improving the in-store experience at existing locations.

Many analysts have said that the U.S. grocery market is largely over-stored, especially given the growth potential of e-commerce in the wake of Amazon’s acquisition of Whole Foods and the aggressive rollout of discount formats such as Aldi and Lidl. Karen Short, an analyst at Barclays Capital, estimated in a recent report the the grocery market share of e-commerce and alternate formats could reach 44.9% in 2022, up from about 30.4% of the market today.

“This share shift will result in staggering closures and job losses in the conventional food industry,” said Short, who recommended that mergers were the industry’s best defense.

In an interview with the Star-Tribune, Randy Edeker, CEO of Hy-Vee, acknowledged the changing industry landscape. However, he said the company was not pulling completely out of any of the previously announced Twin Cities-area stores in Maple Grove, Columbia Heights, Farmington and Chaska, although they may be delayed.

“We just want to make sure we're building the right thing for the consumers of the future,” he told the newspaper.

In the company’s eighth Twin Cities store, which opened Tuesday in Shakopee, Minn., the company eliminated the juice bar that had previously been planned and instead added seating to the dining area. Edeker told the Star-Tribune that the change was made due to weak response to the juice bar in other area locations.

The recently remodeled Cub store in the market, meanwhile, includes a juice and smoothie bar as a focal point of its revamped fresh offerings.

In addition to re-evaluating its plans for large stores in the Twin Cities, Hy-Vee also said it was delaying the construction of a new, 1 million-square-foot distribution center in Austin, Minn., that would serve the region. That delay was reported last week in the Des Moines Register, which noted that Hy-Vee would instead focus on building three fulfillment centers in Iowa for its Aisles Online e-commerce program.

That article also said the company was eying more locations for its smaller-format Fast & Fresh stores, in addition to the previously announced locations in Des Moines and Altoona. Those stores were originally supposed to include drive-through grocery windows and Market Grille Express restaurants, but the company has decided not to incorporate those elements, the Register reported.

According to another Register article on Monday, Hy-Vee is also scaling back the rollout of its full-service Market Grille in-store restaurants in its traditional stores and is replacing some existing locations of the restaurants with Market Grille Express locations with a more limited menu and self-service soft drink stations.

“At the Hy-Vee Market Grille Express, customers will be able to walk up to the pay station and order their favorite breakfast, lunch or dinner items and then sit and enjoy their meal in a casual self-service, contemporary atmosphere,” she said.

Earlier this year Hy-Vee also agreed to become a franchisee of Wahlburgers, the casual-dining chain owned by the family of actor Mark Wahlberg. Hy-Vee agreed to open up to 26 Wahlburgers in seven Midwestern states, with the first set to open next year in West Des Moines. Hy-Vee also said it would add Wahlburgers menu items to its Market Grille offerings.