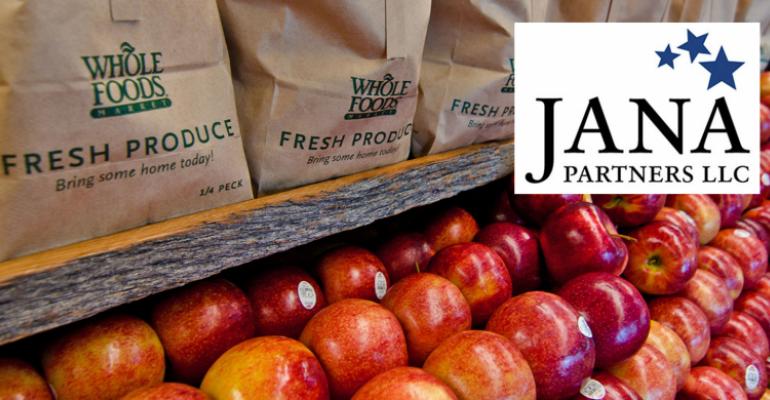 The activist investors that acquired 8.3% of Whole Foods Market and demanded it take action on its agenda has cashed in on Whole Foods’ planned takeover by Amazon, selling its holdings at a profit of around $300 million.

In April, Jana Partners revealed an 8.3% ownership stake, and a number of associated investors forwarded as Jana’s board candidates took another 0.5% stake. They said they intended to lobby the company for board representation and a number of changes at Whole Foods, including consideration of a sale. Whole Foods shortly thereafter embarked on a strategic review that resulted in the June 16 announcement by Amazon.

Jana’s stake was acquired on the open market in a series of transactions between February and April at prices between $29.06 and $31.77 per share. Amazon agreed to buy Whole Foods for $42 per share.

Jana in a filing with the Securities and Exchange Commission this week revealed it began selling shares shortly after the deal was announced June 16 and cleared out more than 23 million shares this week.

In 2013, Jana took a stake in Safeway, then operating as a separate publically traded company. Jana’s influence was considered a factor in Safeway’s subsequent acquisition by Albertsons LLC.