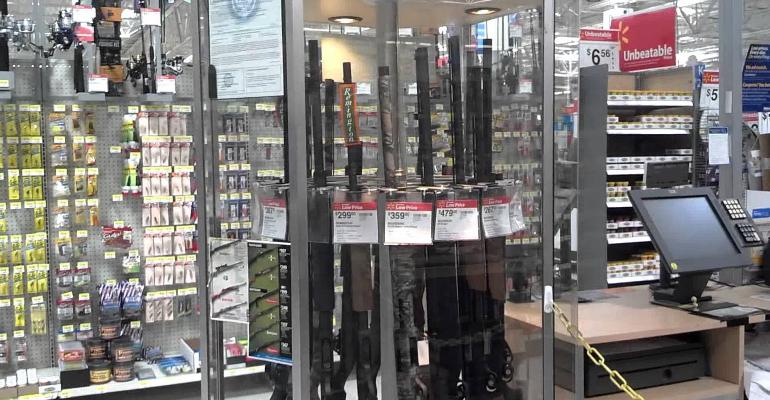 Raise buying age to 21 in wake of Florida school shooting

Walmart and Kroger are among the latest retailers who changed their policy on firearm and ammunition sales, raising the minimum age to 21.

The moves come as a result of last month’s deadly shooting at Marjory Stoneman Douglas High School in Parkland, Fla., in which a 19-year-old gunman went on a shooting rampage killing 17 students and faculty.

“In light of recent events, we’ve taken an opportunity to review our policy on firearm sales,” Walmart said in a statement. “Going forward, we are raising the age restriction for purchase of firearms and ammunition to 21 years of age. We will update our processes as quickly as possible to implement this change.”

Walmart ended its sales of modern sporting rifles, including the AR-15, in 2015.

“We also do not sell handguns, except in Alaska where we feel we should continue to offer them to our customers,” Walmart said. “Additionally, we do not sell bump stocks, high-capacity magazines and similar accessories. We have a process to monitor our eCommerce marketplace and ensure our polices are applied.

“We take seriously our obligation to be a responsible seller of firearms and go beyond Federal law by requiring customers to pass a background check before purchasing any firearm. The law would allow the sale of a firearm if no response to a background check request has been received within three business days, but our policy prohibits the sale until an approval is given,” Walmart’s statement continued.

“We are also removing items from our website resembling assault-style rifles, including nonlethal airsoft guns and toys. Our heritage as a company has always been in serving sportsmen and hunters, and we will continue to do so in a responsible way,” the statement concluded.

Kroger sells guns at 43 of its 122 Fred Meyer locations in Alaska, Idaho, Oregon and Washington.

“Kroger’s vision is to serve America through food, inspiration and uplift. In response to the tragic events in Parkland and elsewhere, we’ve taken a hard look at our policies and procedures for firearm sales,” the Cincinnati-based chain wrote on its Twitter page.

“We have a thorough and vigilant background check process for the sale of sporting-related firearms at our select general-merchandise Fred Meyer stores,” the statement continued. “In addition, firearms are sold only by designated associates that go through rigorous training and federal background checks. Recent events demonstrate the need for additional action on the part of responsible gun retailers.

“We are raising the minimum age to 21 to purchase firearms and ammunition in all of our Fred Meyer locations that sell firearms; we stopped selling assault-style rifles in our Oregon, Washington and Idaho Fred Meyer stores several years ago; we will no longer accept any special orders of these weapons in Alaska,” the statement read.

“Through Restock Kroger, we have a robust space optimization effort underway in many of our stores, including Fred Meyer locations. As we refresh stores, we are often transitioning gun departments due to softer demand and changing customer preferences. We believe these are common-sense steps we can take immediately that are in line with our values and our vision,” the statement concluded.

Walmart’s and Kroger’s actions come on the heels of Pittsburgh-based Dick’s Sporting Goods, which announced yesterday that it was raising the age to purchase guns and ammunition to 21 in its more than 715 stores, and would stop selling assault-style rifles in its Field & Stream stores. It no longer sells those firearms in its Dick’s locations.

“As we looked at what happened down in Parkland, we were so disturbed and saddened by what happened, we felt we really needed to do something,” Dick’s Sporting Goods CEO Ed Stack, said on “Good Morning America.”

Other mass-merchandiser retailers contacted by Supermarket News said they do not sell firearms.

Howard Riefs, a spokesman for Hoffman Estates, Ill.-based Sears Holdings told Supermarket News that none of the company’s Sears or Kmart stores sell guns or ammunition.

“At Target, we made a business decision long ago not to sell guns or ammunition in our stores, and we continue to support that decision,” said Jenna Reck, senior communications manager, Target Corp., based in Minneapolis.