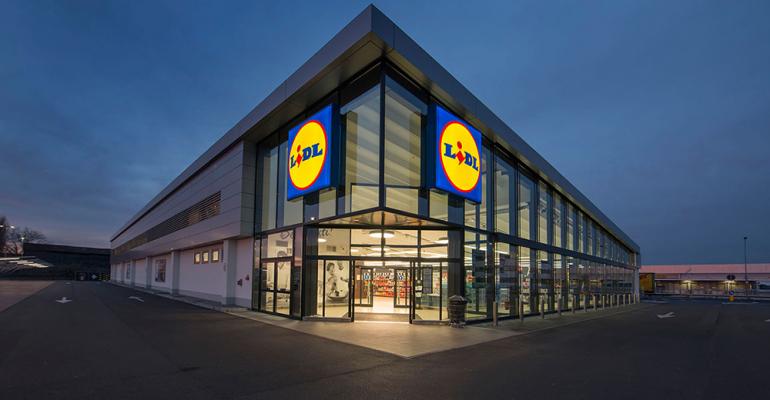 Lidl is shifting its East Coast development plans and is now interested in leasing sites for new stores as opposed to solely purchasing them, a company spokesman said.

The initiative — which targets properties that are between 10,000 and 21,000 square feet smaller than its typical store requirements — is designed to “accelerate our site acquisition along the East Coast,” said William Harwood, Lidl’s director of communications. He noted that the discounter is seeking opportunities in dense urban areas where larger sites are typically harder to find.

The change in philosophy comes after the retailer enjoyed a hot start following the launch of its first U.S. locations in June, but then saw that momentum cool throughout the remainder of the summer.

According to a report released by inMarket, a firm that analyzes mobile data location, Lidl opened with a 2.6% share of customer visits for the month of June in the markets in which it was operating. That share slid to 2.3% in July and down to 1.7% in August before modestly rebounding to 1.9% in September.

Cameron Peebles, chief marketing officer at inMarket, said that the strong opening in foot traffic and eventual late-summer decline plateaued in September. He feels that the tea leaves regarding the discounter’s future will become clearer after Lidl’s holiday traffic can be analyzed.

Peebles also said that changes to Lidl’s expansion strategy could potentially be a result of disappointing traffic performance: “Consumers vote with their feet in the retail environment.” He speculated that perhaps the brand had failed to retain customers after they made their first exploratory visits to the store.

Harwood refuted the notion that the new leasing strategy — which can be found on the company’s website — was a response to disappointing results for the new domestic stores and claims that the existing locations have thus far exceeded expectations.

“We are very pleased with how customers have taken to the 47 stores we have opened over the past six months,” Harwood said. “We will build on this, and look forward to increasing our penetration in our operational markets.”

Any new lease agreements will follow the retailer’s reported cancellation of multiple deals.

According to a report by NJ.com, the German discounter has placed the opening of a New Jersey location on hold due to what appears to be financial hardship.

Michelle Bruner, the township economic development coordinator of Mantua, N.J., the town in which the store is tentatively scheduled to open, said that she was informed that the project was suspended due to “budgetary constraints” and that the company is looking for cost reducing options before moving forward.

The news comes about a week after the News Leader reported that Lidl was backing out of a planned store in Virginia, supposedly because the company was no longer pursuing smaller markets.

In November, Lidl reportedly backed out of plans for stores in both Pennsylvania and Ohio as well.

When asked about the Virginia location last week, Harwood said that the company would not be addressing individual locations but that the reported avoidance of smaller markets “does not reflect” the store’s position.

“We are preparing sites in an array of markets along the East Coast,” he said. “We look forward to continuing to open more stores.”

Lidl operates about 10,000 stores in nearly 30 countries. Based in Germany, the company’s U.S. headquarters is in Arlington County, Va.

This article has been updated to more accurately reflect the number of countries in which Lidl operates.
0 comments
Hide comments
Recommended Reading