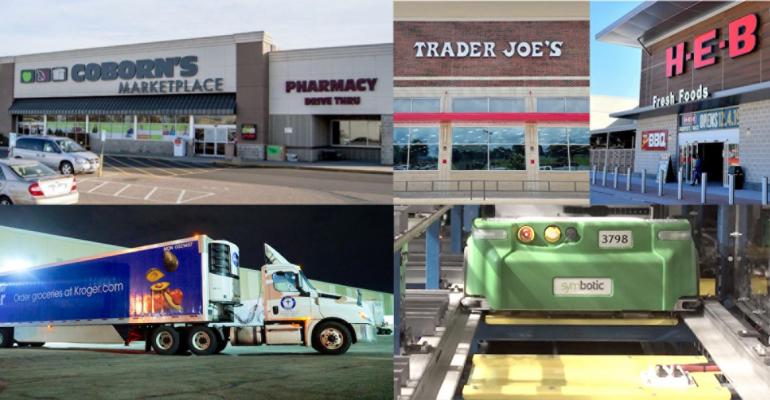 In this week’s recap of the Top 10 most popular Supermarket News article, Walmart to automate all regional distribution centers was the top story. Walmart aims to automate all its regional distribution centers under an expanded partnership with artificial intelligence (AI) and robotics specialist Symbotic.Plans call for Walmart to deploy Symbotic’s robotics and software automation platform at all 42 of its regional DCs, the companies said Monday. Last July, Walmart announced  that Symbotic’s technology would be implemented in 25 regional DCs. Among other stories in this week’s gallery:

In other news, Deep discount retailer Dollar General continued to drive growth in its store base in announcing increased sales for the fiscal 2022 first quarter.

Goodlettsville, Tenn.-based Dollar General said yesterday that net sales for the first quarter ended April 29 rose 4.2% to $8.8 billion from $8.4 billion a year earlier, driven mainly by sales contributions from new stores and partially offset by a dip in same-store sales and store closings.