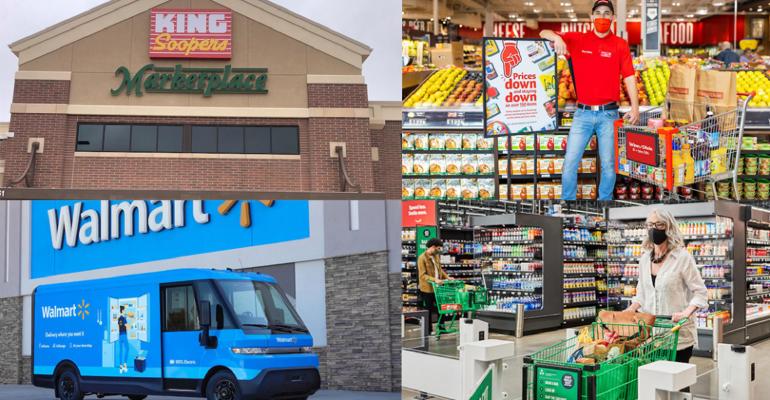 In this week’s recap of the Top 10 most popular Supermarket News articles, Kroger's King Soopers and City Market stores in the Denver area remain open amid a strike by thousands of United Food and Commercial Workers (UFCW) Local 7 grocery workers. According to UFCW 7, more than 8,700 unionized workers — including meat and deli associates and clerks — are taking part in the strike, which covers 78 stores in greater Denver, Broomfield, Parker and Boulder, Colo. Among other stories in this week’s gallery:

In other news, Walmart has entered an agreement to reserve 5,000 electric-powered vans from General Motors’ BrightDrop subsidiary to support the retailer’s growing e-commerce delivery operations.

Detroit-based BrightDrop announced the deal this week at the 2022 Consumer Electronic Show (CES) in Las Vegas. Plans call for Walmart to use BrightDrop’s EV600 and smaller EV410 electric delivery vans for last-mile delivery of online orders, including for the expanding “food aisle to fridge” Walmart InHome delivery service.