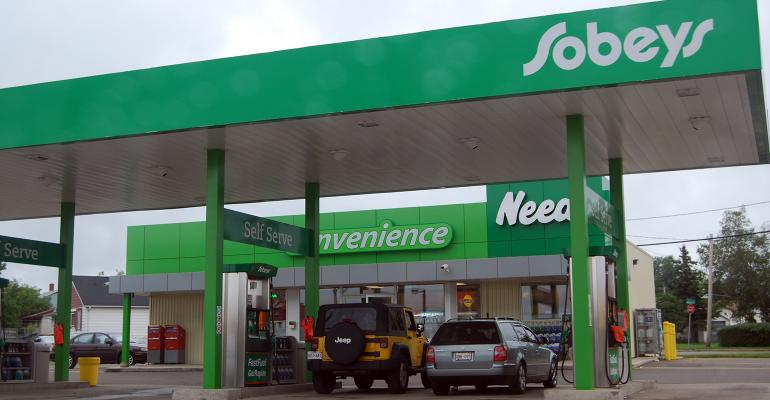 Sobeys is cutting 800 positions as part of an ongoing restructuring effort, according to reports over the weekend.

The Stellarton, Nova Scotia-based supermarket operator, which has struggled since its troubled 2013 acquisition of Safeway Canada, will eliminate the 800 office positions as part of a previously announced effort, dubbed Project Sunrise, to unite its current five operating divisions into a single operating unit.

Detailers of the new structure were to be announced to employees on Monday, according to a report in the Globe and Mail.

A spokesperson for Sobeys could not be reached for comment on Monday.

Irene Nattel, an analyst with RBC Capital Markets in Montreal, said in a research note that the move was expected to yield savings by “collapsing multiple, independent regions into a largely national, functionally led structure that simplifies the business and requires less labor.”

In addition, Sobeys’ strategy will simplify collaboration with vendors, maximize the use of purchasing scale, and drive enterprise-wide efficiencies and productivity initiatives, she said.

It will also generate “significant one-time costs” in the form of severance, relocation, retraining, minor systems development and third-party support, Nattel pointed out.

In 2016 Sobeys had announced a $1 billion (U.S.) impairment charge related to the Safeway acquisition and said that former CEO Marc Poulin, who had been appointed in 2012, was leaving the company. Sobeys had cited technology integration challenges at Safeway that had resulted in out-of-stocks and other problems.

Poulin was succeeded in January of this year by Michael Medline, a veteran of retailer Canadian Tire who also became CEO of Sobeys’ publicly traded parent, Empire Cos. In his first conference call with analysts as the new CEO, Medline said he had identified four basic areas to focus on: Simplifying the company’s structure, reducing costs, building brands and improving the operations in Western Canada.

“I can tell you straight up that our highly regionalized structure is hindering our ability to make decisions [and] use our scale,” he said at the time.

The Canadian Press on Saturday quoted Medline as saying that the first phase of the company’s plan to transform its business and create a new operating structure “is now substantially complete.”

The new structure will allow Sobeys to be more efficient and agile, he said.

In June, Sobeys said it would reduce its headcount at the vice president level as part of the Project Sunrise initiative and had indicated that sales volumes were rebounding despite the headwinds of deflation.

In reporting its fiscal 2018 first-quarter results in September, Sobeys had confirmed that it was on track to achieve $500 million Canadian (about $392 million U.S.) in annual cost savings through the reorganization by 2020.

With same-store sales up 0.5% in that quarter, it marked the first quarter of positive gains in more than a year.

Sobeys’ headcount reductions follow similar cost-saving measures at rival Loblaw Cos., which said in October it would lay off 500 office workers and this month said it would close 22 unprofitable stores by the end of the first quarter of next year. Also this year Montreal-based Metro unveiled plans to reduce staffing in its distribution network beginning in 2021 as a result of an investment in automated warehouses in Ontario.

The moves come as Canadian supermarket operators gear up for a significant increase in the minimum wage in Ontario and seek to compete against expansion from both small-format discounters and a new-store push from Costco Wholesale Corp.

Nattel of RBC Capital Markets said in a recent report that although Sobeys appeared to be stabilizing its business, the chain still lacks enough presence in the discount sector with its FreshCo and Price Chopper formats, which currently operate only in Ontario.

“Although Sobeys enjoys a solid position in the traditional food retail segment in Western Canada, Quebec and Atlantic Canada, the company's underrepresentation in the growing discount sector presents a significant challenge,” she said.

Nattel had boosted her outlook on Empire Cos. in September, but recommended that investors “remain cautious” on the stock, “given the magnitude of the task that lies ahead, the competitive environment, [Empire Cos.’] structural disadvantage in the discount space and rising ecommerce penetration.”

On Monday Sobeys unveiled local initiatives to support employees who were being laid off. At its headquarters in Stellarton, for example, the company said it would cover 100% of the cost of tuition at Nova Scotia Community College program and would provide loan guarantees to individuals seeking to launch small businesses.